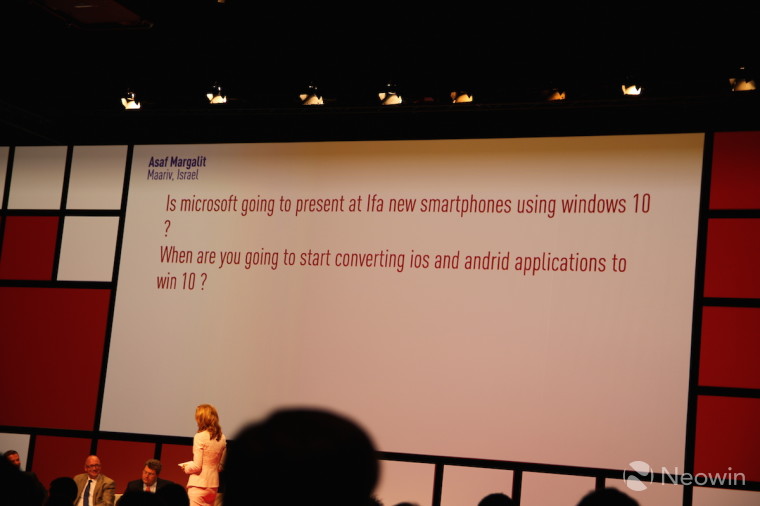 Windows products have always had a presence at IFA through Microsoft's partners but this year, Microsoft will be exhibiting at the main show itself. During the closing press conference of the IFA 2015 Global Press Conference - the pre-show to the main event in September in Berlin - the organizers were asked whether Microsoft would be present and they revealed that the Redmond-based company would be an exhibitor at the show.

IFA 2015 will be one of this year's biggest consumer electronics trade shows and with Windows 10 set to be a big focus for Microsoft, the company will have the opportunity to showcase everything from mobile phones to laptops, tablets and augmented reality.

Last year, Microsoft launched the Lumia 730, Lumia 735 and Lumia 830 at an event held in Berlin, which wasn't part of the main show. This year, the company will have a dedicated presence on the show floor and given that Microsoft's partners - such as Acer, Asus, Lenovo and others - all showcase their Windows-powered devices at the event, it's likely that Microsoft will show both its own and its partners' products at its own stand.

We may even see some new products announced and with the event happening so close to the expected consumer release of Windows 10, it's possible that Microsoft will have a large presence at the event. Whatever happens, we'll be on-hand to bring you all the information as it happens.