Microsoft may have just launched Windows 8 a few months ago, but there are still plenty of people who are using Windows 7 inside their PC. In fact, there may be some of you reading this that are using the same version of Windows 7 that was first released in 2009 but have yet to download the first (and apparently only) service pack released for the OS. 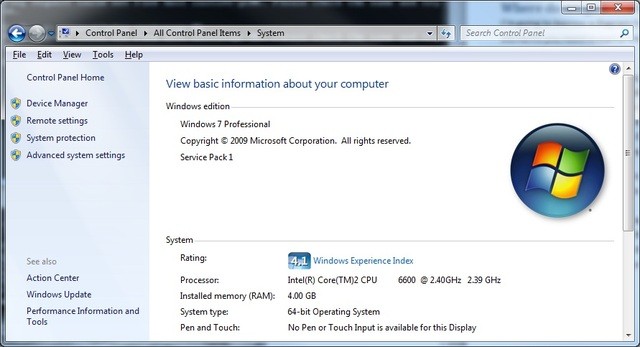 If you happen to be one of those Windows 7 users, you might want to consider downloading and installing SP1 as soon as possible. Microsoft updated the official Windows blog with word that official support for Windows 7 RTM will end in just a couple months. The support will stop on April 9, 2013, about 24 months after the launch of the Windows 7 service pack.

If you have a PC with Windows 7 SP1 installed, don't worry; official mainstream support for Windows 7 won't end until January 13, 2015. Extended support for the OS (meaning security patches but no new features) won't end until January 14, 2020. In any case, it is in your best interest to download and install that service pack, if only to keep your system up to date with the most recent version of the OS.