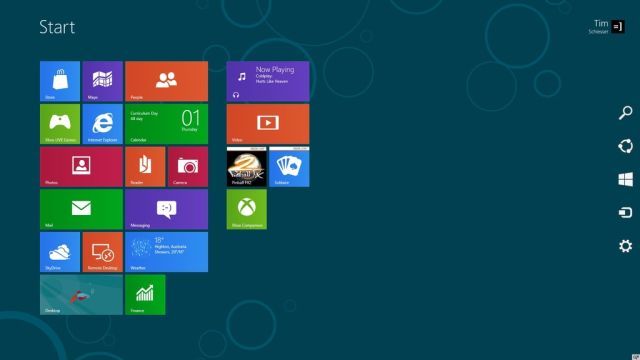 The Windows 8 Consumer Preview was released just under two months ago by Microsoft on February 29th, but a new claim by the company says the number of people using the preview version of the OS is already past that of the Windows 7 beta release at the same time period for both versions. In a post on the official Windows 8 Twitter page, Microsoft stated:

Naturally, the post doesn't give any more specifics about exactly how many people are using Windows 8, nor how many downloads Microsoft has recorded for the Consumer Preview version since the February 29th launch. Microsoft did say that the Windows 8 Consumer Preview was downloaded one million times in the first day of its release.

If Microsoft's stats are indeed correct, that would mean that the controversy over Windows 8's Metro interface isn't stopping people from trying it out. The next big hurdle will be if more people will try out the release candidate version of Windows 8. That build, which is rumored to be called the "Release Preview", is expected to be launched this summer, and perhaps as early as the end of May.