Microsoft released the developer version of Windows Phone 8.1 last week to the masses and now the enterprise version of the OS has been finished as well. Microsoft announced this week that Windows Embedded 8.1 Handheld has reached RTM status and is now available for hardware partners to install on their devices.

Windows Embedded 8.1 Handheld has a number of security enhancements that Windows Phone 8.1 does not have, along with features that would only be used in a business or enterprise setting. In a blog post, Microsoft says that some of the new additions in the OS, compared to previous versions, include bulk provisioning of devices so businesses can quickly deploy those products. 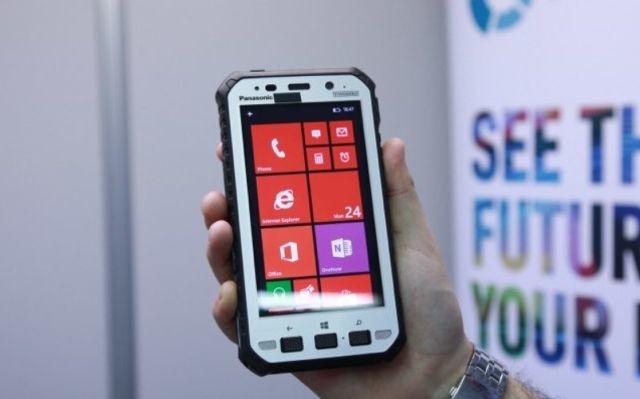 It also has API support for devices that have integrated peripherals like barcode scanners and magnetic stripe readers. Finally, Windows Embedded 8.1 Handheld supports Wi-Fi only devices, USB Host and hardware keyboards for the first time.

Bluebird has two 5-inch devices that already support the OS and Panasonic's rugged FZ-E1, announced in February, can also use Windows Embedded 8.1 Handheld; developers can download the SDK here.