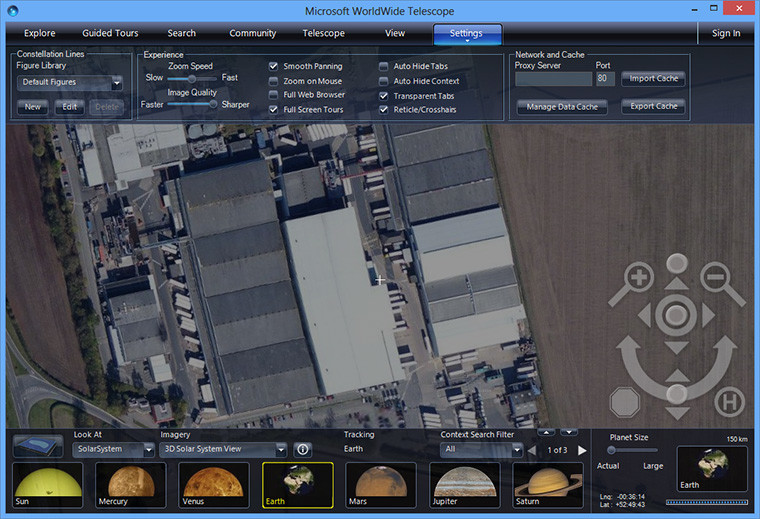 From web to desktop to full dome planetarium, WorldWide Telescope (WWT) enables you to explore the universe, bringing together imagery from the best ground and space-based telescopes in the world and combining it with 3D navigation.

WorldWide Telescope is an observatory on your desktop, allowing you to see the sky in a way you have never seen it before through individual exploration; multi-wavelength views; stars and planets within context to each other; the ability to zoom in and out; and the capability to create, search and view guided tours of the universe. You can view the entire solar system in 3-D with light and shadows created from the sun, and can explore the Earth and Mars in incredible detail. You also can watch planets orbit around the sun, and moons orbit around planets.