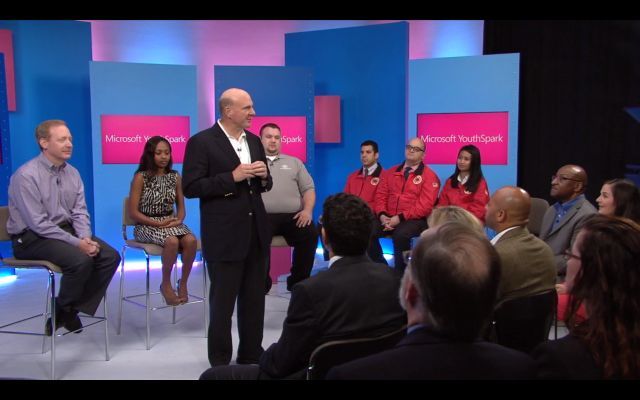 Microsoft teased a announcement for a major new global citizen initiative earlier this week and today, the company announced the details of that new program. Microsoft YouthSpark will be the main focus for the company's non-profit efforts that Microsoft claims will try to help as many as 300 million young people worldwide.

Microsoft CEO Steve Ballmer and the company's Executive Vice President Brad Smith appeared on a webcast earlier this morning where they announced YouthSpark. In a post on the company's website, Microsoft said that they felt that young people all over the world have been suffering since the global recession began, especially with an unemployment rate that is well above the normal rate. Microsoft states:

Through Microsoft YouthSpark, we are mobilizing our company and partnering with governments, nonprofit organizations, and businesses to help close the opportunity divide for youth. This is a new focus for our philanthropy efforts. We are committing the majority of our corporate cash giving to support nonprofits that serve youth and we are announcing a number of new Citizenship programs.

One of these new efforts is Give for Youth, which allows anyone to give small or large amounts of money to help support efforts such as funding a child's education. The new YouthSpark Hub gives kids access to resources provided by Microsoft to help them in various efforts. Finally, there is Innovate4Good, which Microsoft says is a "global online community enabling youth to collaborate, inspire and support one another while using technology to make a difference in their communities."