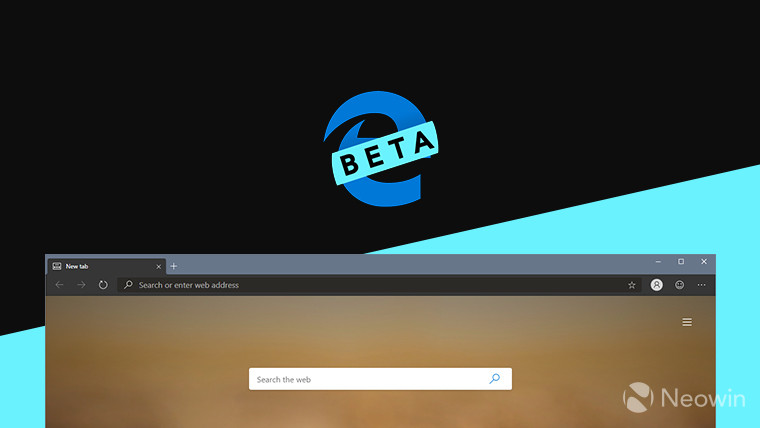 Microsoft started publicly testing its Chromium-based version of Edge back in April. Since then, it's been available in Dev and Canary branches, which are updated weekly and daily, respectively. It's also been released for additional platforms, such as older versions of Windows and macOS.

Listed as 'Coming soon' has always been the Beta branch, but now, it's finally available. Edge Beta will be updated every six weeks, similar to what the stable version will offer once it's formally available.

Edge Beta has leaked several times before, but the leaked builds haven't been held to the six-week update cycle. That's because it wasn't a true Beta build; Microsoft was simply testing out the additional branch. Now, you can use the real one, which should be more stable than builds from the Canary or Dev branches.

The build that you'll get is version 77.0.235.9. It still doesn't sync things like extensions, history, and open tabs, but it does support password syncing. Interestingly, it's also still missing key features that have been announced for some time, such as native ARM64 support and PDF inking.

If you want to download Edge Beta, you can get it here. It's available for Windows 7, Windows 8, Windows 8.1, Windows 10, and macOS.