Microsoft's project Natal may possibly be called “Kinect” when it launches later on this year.  Microsoft filed for a patent on April 26, 2010, attempting to register the trademark “Kinect.”

As Neowin reported back in May, Microsoft's code-named '”project Natal” would sell for $149 and be rebranded with a new name before it's debut.  This name is expected to be announced at E3 later this month.

One forum member by the name of “Keiji” over at neogaf.com noticed an Italian banner ad on console-tribe.com, which lead them to discover what could possibly be the Xbox360 Slim.  The flash banners include the word “kinect” during a preview of the “Xbox360 Slim.”  The banner also mentions that the next will support a 250GB HDD and WiFi. 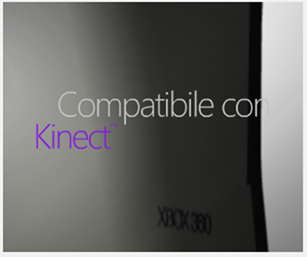 The message written on the banner, “vivi oggi pronta per il futuro la technolgia del domani” written in Italian, roughly translate to “alive now ready for the future and of tomorrow”

However, the advertisements could be a fake, but do link to xbox.com in Italian, showing a countdown timer to E3.  Despite the images, there is a private unveiling event tonight, according to Major Nelson's twitter page, where it will be recorded and broadcasted on Tuesday.

The whois information on atdmt.com links back to a registered Microsoft domain name.