Back in August, Microsoft released its new Skype for Business app on Windows Phone 8.1, and released a preview of the iOS version. Skype for Business replaced Lync as Microsoft's corporate communications platform earlier this year, and after a few weeks in preview, its app has now officially launched on iOS. 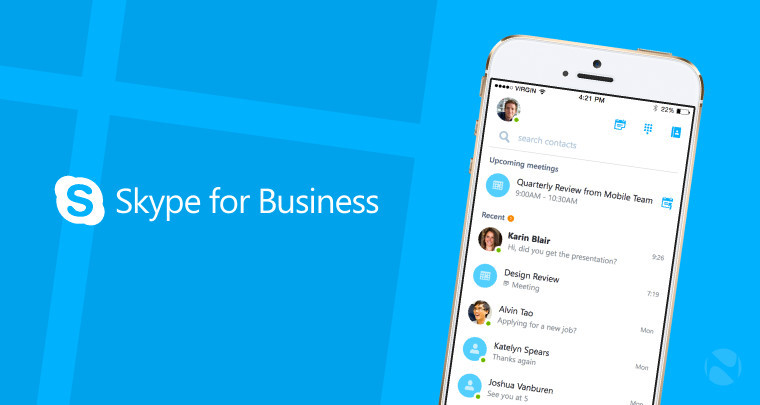 As Microsoft explains, the new app makes it easier than ever before to get to contacts and arrange meetings:

An updated dashboard brings the contact search bar, your upcoming meetings and most-recent conversations to one place. The contact search bar allows you to search your Global Address List by first name, last name, email alias or phone number. Your recent conversations are at your fingertips, no matter which device you had the conversation on. You can also easily glance at your upcoming appointments—simply tap on the left for the meeting details or on the icon on the right to join immediately.

Microsoft also boasts of an "enhanced in-meeting experience" with full-screen video and larger, easier-to-use controls, as well as simultaneous viewing of shared content. And in an upcoming update, the company promises that you'll also be able to view PowerPoint slides while in a meeting - but for now, this can only be done via desktop sharing.

In its blog post, Microsoft went on to highlight some of the security and authentication features in Skype for Business on iOS:

Microsoft says that its Skype for Business app for Android will be available "later this year".