Microsoft launched a $14.99 DVD Player app for Windows 10, which was rather buggy and needed workarounds for a bearable experience. The app is still in development and has been updated frequently since then. Now, the Insider Preview version of the app on the Fast ring has received a significant update that squashes numerous bugs and promises a better user experience. 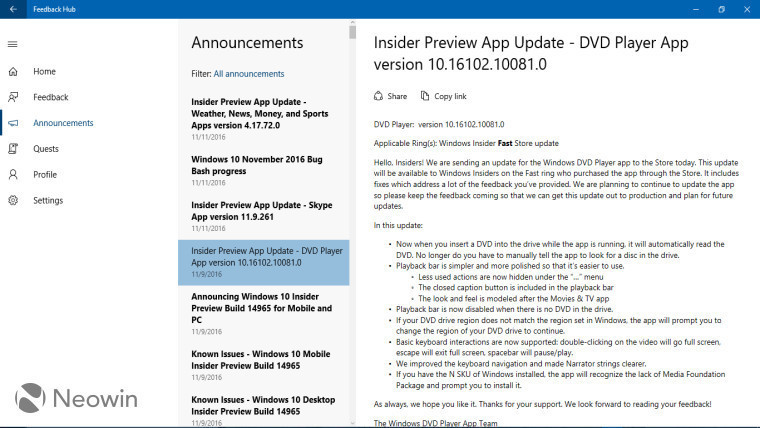 As per Microsoft's announcement, the following enhancements are introduced in the DVD Player Preview app:

If you happen to own this app and are a Windows Insider on the Fast ring, you might have already received the update; if not, you can head to the Store and search for updates manually. Let us know what you think about the update in the comments section below!