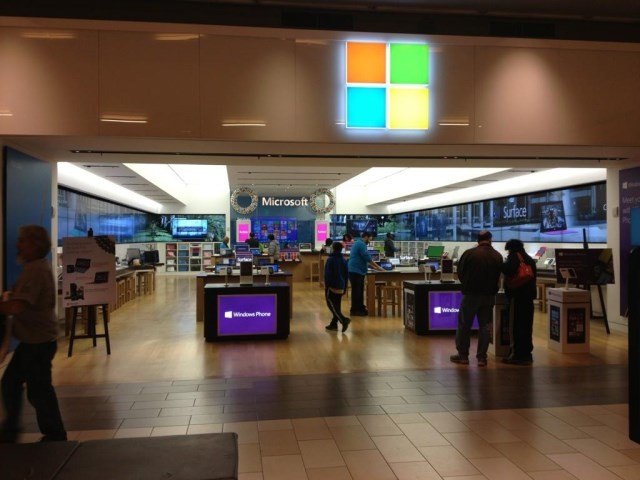 By now I’m sure many of you have downloaded the Windows 8.1 preview. You've reflected on the changes, and the direction that Microsoft is taking. Fresh from their humiliation at E3 with the Xbox One fiasco, Microsoft is in many ways a company at war with itself.

We have the technologists who are pushing to get tech fresh out of research into the real world. They are rapidly turning these projects into commercially viable propositions.  The rub is, however, that many of these projects are so ahead of their time at this point; their commercial viability at the point Microsoft introduces them is questionable at best. Marry these researchers to stats guys who using data gathered from the CEIP (Customer Experience Improvement Program) use this data who in turn formulate UI concepts and it’s a recipe for disaster.

The Start screen and interface paradigm itself were a product of this Sinofsky style rationale. The Mark Twain attributed Disraeli method of “lies, damned lies and statistics” has never been fruitful in product development. Microsoft Windows 8 was no exception; thus Sinofsky’s retreat to academia where this scientific method belongs.

As a result of this debacle, OEMs such as Dell and HP are then left playing catch-up which leads to weird form factors such as the XPS 18, a system that can’t decide if it’s a desktop or a huge tablet big enough to have been brought down from Mount Sinai. Microsoft’s OEM partners are in many ways trying to reinvent the wheel as they attempt to refine what the PC is in 2013.

I know many of you will call “fan boy!” on this but you’ll notice that Apple didn’t make the same mistake. They didn’t try to turn the Mac into a tablet; they brought out a separate device, the iPad.  Microsoft however, is suffering on 2 fronts; it doesn’t have the same control of the hardware development like its Cupertino competitor does, it’s dependent on the OEMs. Its attempt to duplicate this model with the Microsoft Surface has been luke warm at best with the supply chain, marketing and issues with the devices reliability and battery life. Secondly, it’s trying to clean up Sinofsky’s mess with the Start screen that has scared off businesses on the desktop, and on notebooks. I’ve seen this first hand working with clients here in my own IT consultancy business in Aberdeen.

Windows 8.1 is attempting to mitigate the issues with Windows 8 but I’m afraid it may be too little, too late for the software giant. Many of the great “under-the-hood” improvements such as Workplace Join and NFC printer support may end up being lost with what is still the fundamental issue that there needs to be separate SKUs for tablets and traditional form factors.  Microsoft seem to have briefly lost touch with the fact that a significant majority of people still use keyboards and mice. Even with a growing tablet market. They've broken one of the golden rules of UI design. "Keep It Simple Stupid". As many devs no doubt will attest, it doesn't matter what your software can do if users can't seamlessly interact with it, it's as useful as a chocolate fire-guard.

Whilst Microsoft attempts to get its house in order, we still have to choose between a modern operating system with Dissociative Identity Disorder and the 4 year old Windows 7.  I’d love to hear from the Windows Server 2012 R2 team to discover why they think that a Start screen is necessary on a server that in no way can be confused with a tablet. I don’t think I’ve seen many access consoles in data centres with touch screens. Have you?

Many years ago in our galaxy, and not very far far away, Microsoft had a similar experience with Windows 3.0. It had been released to similar marmite like feedback back in 1990; forcing the company to further refine it in 1992 with Windows 3.1 and Windows 3.11. Microsoft claimed in an advertisement at the time “Now you can use the incredible power of Windows 3.0 to goof off.” Here we are 23 years later, and Windows is once again goofing off with Windows 8.

If they don’t split their SKUs between tablet and the desktop, and fast - they might have to change their relationship status with their customers from “It’s complicated” to “Divorced from reality”.