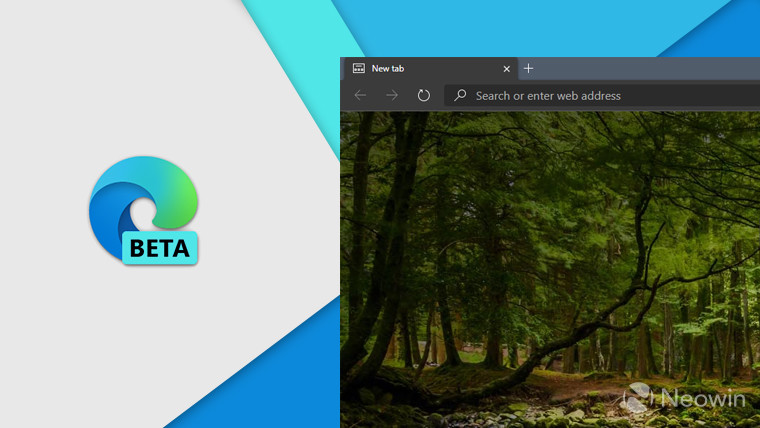 It was almost a year ago that Microsoft announced that it's rebuilding its Edge browser from Google's open-source Chromium project. Today at its Ignite 2019 conference in Orlando, it finally announced that general availability is slated for January 15, and the release candidate is coming today.

Well now, that release candidate is finally available from the Beta channel. The version number is 79.0.309.11; Dev and Canary are on the newer Chromium 80, which is to be expected given that they're updated more frequently. In fact, you can expect Edge Beta to move to Chromium 80 right before Edge 79 is released to production.

Another announcement that was made recently was that Edge is getting a new logo, as you can see from the image above. Interestingly enough, this release candidate does not have the new icon, although we should be seeing it in builds later on this week, probably alongside new Canary and Dev builds that have it.

But if you want to check out the release candidate now, you can download it here.