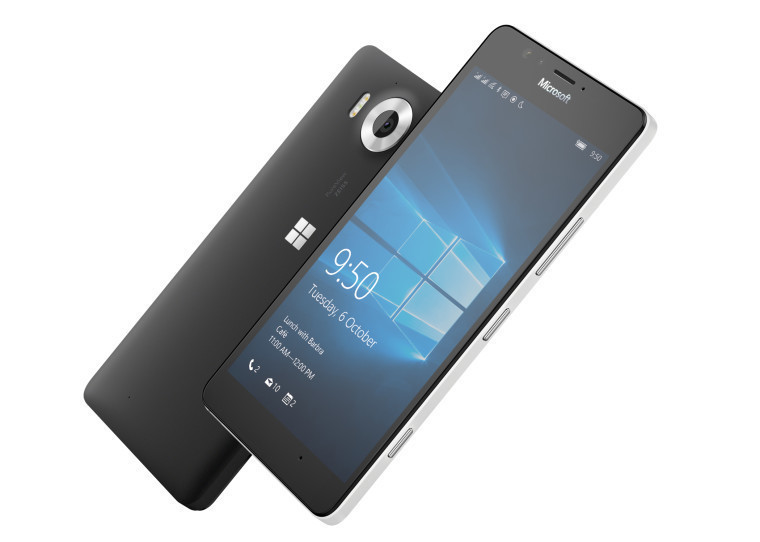 While Microsoft continues to launch new hardware, three of its product lines are reaching the end of the road. It recently stopped sales of its Band 2 wearable device, although you can still buy one at other retailers (for now); it announced that it would end production of its Surface 3 tablet this year, and now stocks of that device are dwindling in multiple markets; and its Windows 10 Mobile flagships - which it launched a year ago - are also approaching the end of their retail life.

In the UK, Microsoft permanently cut the price of its Lumia 950 and 950 XL in September for the third time this year, reducing them to £249 and £339 respectively, along with a free Display Dock worth £79.99. That helped clear out the last of the company's Lumia 950 stock; the smaller of the two flagships is no longer available from the Microsoft Store in the UK.

But if you're still keen to buy a Lumia 950, some retailers are continuing to offer the device, although many are selling it at much higher prices than the Microsoft Store was. Carphone Warehouse, for example, is offering the 950 for £309.99; Clove has it priced from £288; and PC World is selling it for £319.99.

However, purchases not made from the Microsoft Store don't include the free Display Dock, and Microsoft isn't selling the standalone dock any more. The Display Dock enables Windows 10 Mobile's Continuum mode, which allows buyers to use a mouse and keyboard with the phone when connected to a larger display, complete with a desktop-style Start menu and interface. You can still get the Display Dock elsewhere, though; it's currently available at Amazon, for example, priced at just over £50.

The Lumia 950's key specs include:

The 5.2-inch display size of the Lumia 950 may be ideal for some buyers, but you might want to consider its larger sibling instead. The range-topping Lumia 950 XL is currently available elsewhere for £256.99; that's £3 cheaper than Argos' Lumia 950 price.