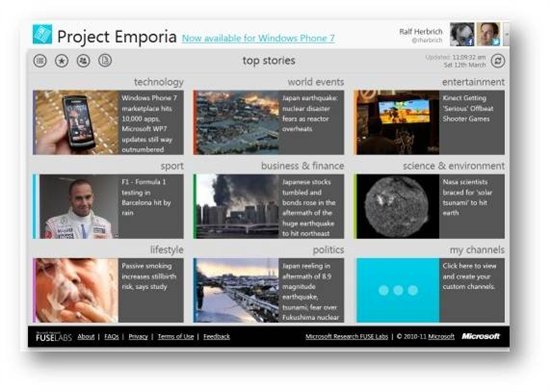 Microsoft has begun rolling out some of the technical elements of a new collaborative filtering technology called "Matchbox" to its Bing search engine. It hopes the move will bring a more "human perspective' to the stories and information people want to see on the web and thus improve results. The technology is based on a Microsoft Research project called project emporia which uses votes from users as to whether or not a news story (in the model that Microsoft is using to test the technology) and then display results on the basis of that to other users. There is also an element of basic AI behind the technology in addition to human feedback.

Rather than looking only at what others like you are interacting with on the web, the Matchbox technology begins to ‘understand’ the Web more like a human might. This enables us to make predictions about what you might want to see, not only based on if someone like you has done something with it but also on what the content says.

The technology has exciting potential as when applied to web search, it has the ability to filter out junk results by taking into account factors such as the average bounceback rate from the link being clicked in the search engine to the search results.