With just a couple of weeks remaining until Windows 10 officially launches, Microsoft is busying itself by readying manufacturers and fans for the update. In this endeavor, the company has launched various campaigns, formulated partnerships with companies, as well as offered to deliver Windows 10 for free to eligible customers starting July 29. Its latest effort involves the launch of Microsoft's Universal App Store on the web ahead of Windows 10 release. 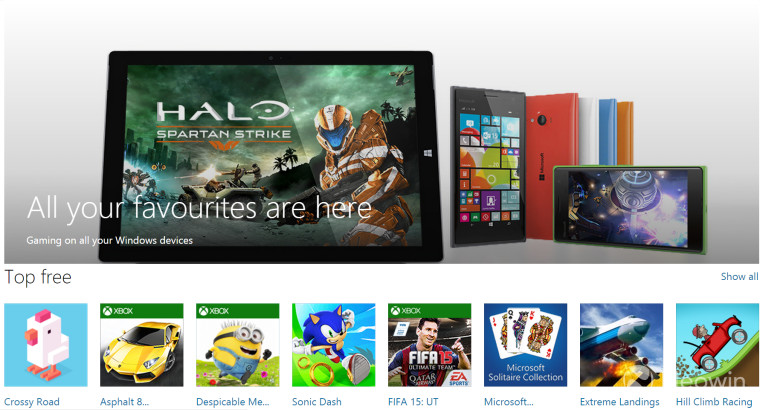 The one-stop shop for all of Microsoft's devices and apps was first announced back in September 2014 as a way to unify the Windows ecosystem. The new app store allows users to access all their favorite content conveniently instead of navigating to different sites. While the design itself doesn't look as pretty as it previously did, it's still tidy and easy to navigate.

There's a huge banner at the top, promoting featured apps and scrolling down will allow you to see recommended, top free, top paid and best-rated apps. New categories have also been made available for the store such as:

The store can also be filtered to make it easier to find the app a user requires. Furthermore, the design has been improved to closely match that of the Store found in Windows, listing the devices on which the app works, features and approximate app size. Ratings and reviews are now displayed in a clean way, allowing users to efficiently judge whether an app is worth their time or not.

With that being said, Microsoft's universal app store isn't quite perfect yet: users cannot download .appx files for installation nor can they remotely install apps. Similarly, there seems to be no possible way to view apps and games collections such as "Red Stripe Deals", "Wonderful world of Disney" or "Zombies are coming" and so on.

But keeping in mind that the store just launched, we hope Microsoft will listen to customer feedback and further improve upon this design. You can visit the new store by hitting the source link and you can also check out the gallery below.

“The Apps on Windows site lets you browse both Windows and Windows Phone apps, but is not the new unified Windows Store. We’ll share more on the Windows Store soon.” 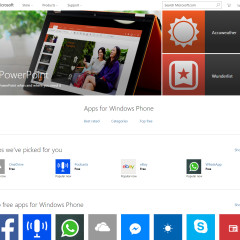 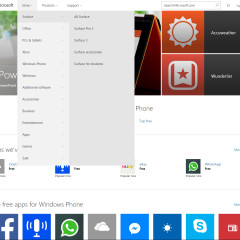 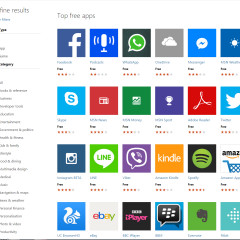 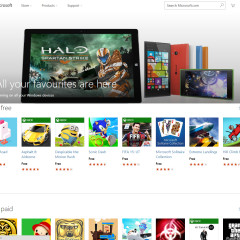 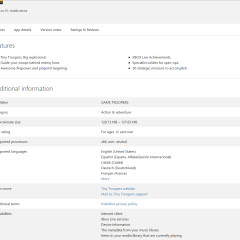 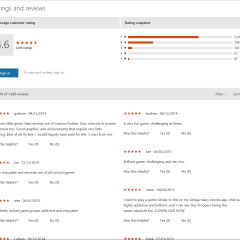