Researchers hailing from the Massachusetts Institute of Technology (MIT) have demonstrated a novel memristor design for electronic devices that mimic the brain’s neural architecture for processing information.

Essentially, MIT's 'brain-on-a-chip' is smaller than a piece of confetti but houses tens of thousands of silicon-based components, called memristors, that mimic the information-transmitting synapses in the human brain. This brain-on-a-chip is a part of the larger family of neuromorphic devices that take inspiration from the brain's neural synapses to carry out complex computational tasks.

Existing memristor designs work well in cases where voltage stimulates a heavy flow of ions from one electrode to the other—a large conduction channel. But these designs lack reliability with thinner conduction channels. The team from MIT addressed this particular area in their work. To develop the novel design, they borrowed a key concept from metallurgy, which basically means that alloys have different physical properties compared to those of their constituent metals.

Taking a cue from this, the researchers combined silver with copper to make the memristor's positive electrode and used silicon to make its negative electrode. This clever design choice allowed a consistent and reliable transfer of ions along thin conduction channels.

They sandwiched the two electrodes around an amorphous silicon medium. In this way, they patterned a millimeter-square silicon chip with tens of thousands of memristors.

With the neuromorphic device ready, the researchers used it to remember and recreate a gray-scale image of Captain America’s shield. To do this, they equated each pixel in the image to a corresponding memristor in the chip and then modulated the conductance of each memristor that was relative in strength to the color in the corresponding pixel. 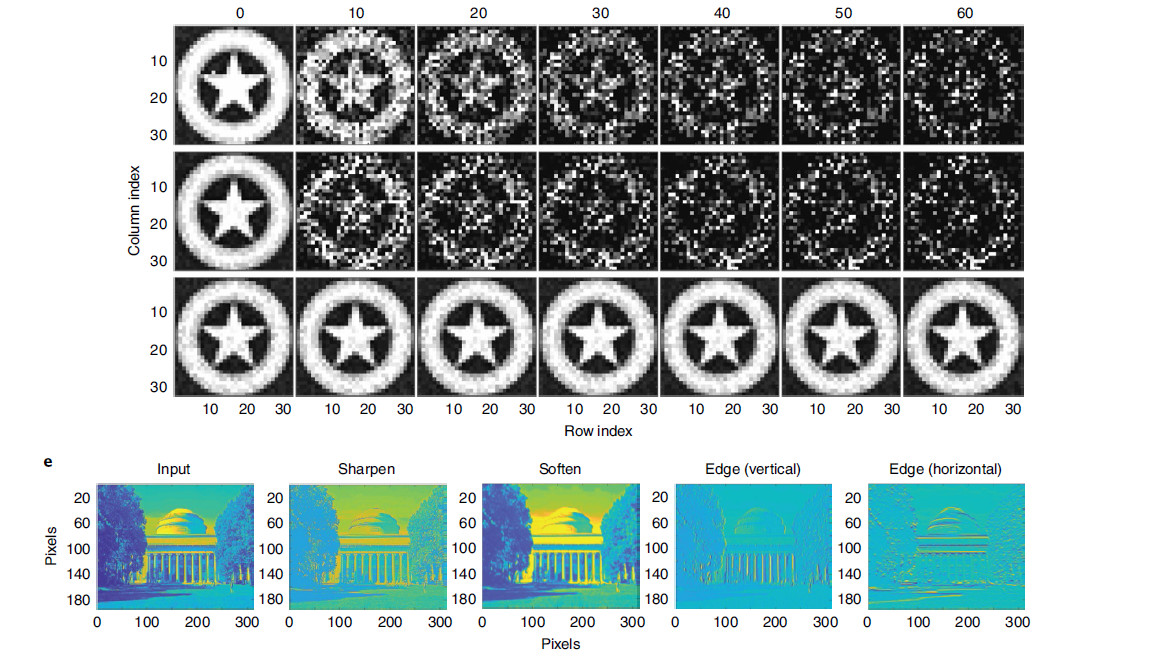 In this test, the neuromorphic chip fared better in comparison to chips made of other materials. They also ran image processing tasks on it. Yet again the device was able to outperform competing memristor designs by reliably and effectively sharpening and blurring an image of MIT’s Killian Court.

The team's work has been published in Nature titled "Alloying conducting channels for reliable neuromorphic computing". If you are interested in finding out more, you may study it here.