We've almost reached 2013, and with it comes a whole new year of exciting and yet-to-be-revealed tech products to look forward to. For a significant portion of us, 2013 will be the year that we upgrade our smartphones, whether we do so every two years on a contract or buy whatever phone takes our fancy at the time.

With a whole bunch of cool emerging technologies to keep track of, there's some interesting mobile tech that you should look out for in your next phone purchase. Some of these things we just started to see peaking into the tail end of 2012, and others are expected to be widely available at some point during next year.

It all started with the Nokia Lumia 920 and LG Nexus 4: two devices released in the same month that both included wireless charging. It's a novel ability to be able to have your phone charge by just placing it down on a charging mat, removing the hassle of having to find and plug in the charging cord as well as reducing desk clutter from unnecessary cables. 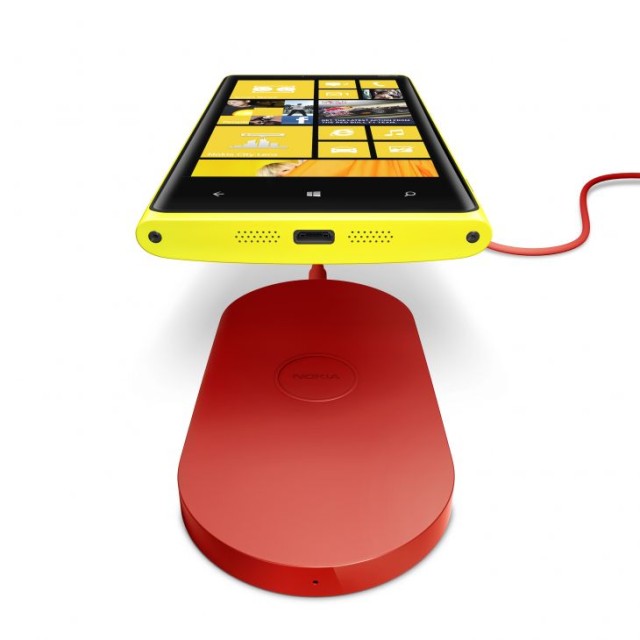 The way wireless charging works is through the magic of electromagnetic induction. Similar to the way a transformer works, energy in the form of an alternating current is sent to an induction coil in the charging pad, creating a magnetic field around the coil with a changing flux. A second induction coil, found in the phone itself, has a current induced in it due to the change in flux, which is used to charge the battery.

Now that we have several phones on the market with this feature, expect more devices in 2013 to opt to put in an inductive charging coil as a charging option for those willing to purchase a charging pad. Don't expect any wireless chargers to be bundled in the box just yet due to their current standalone cost ($50+), but thanks to the Qi standard you should only have to purchase one mat for use with many devices.

HTC J Butterfly, anyone? The new standard in high-end smartphone displays is quickly becoming the 5-inch 1080p screen, packing an impressive 440 pixels-per-inch for super-hi-resolution imagery and native Full HD movie playback. With this type of display there is basically no chance you'll be able to spot an individual pixel, even if your eyes are just centimeters from the panel or you're using a magnifying glass. 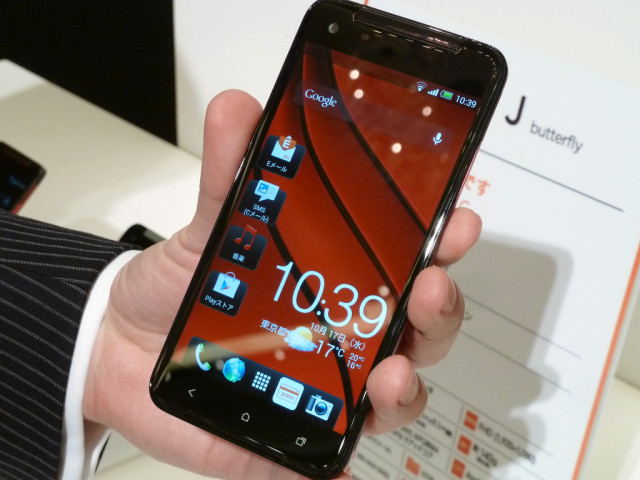 At CES in January and MWC in February, expect to see a number of devices flaunting the new high-end display standard, replacing 2012's preferred 4.7-inch 720p model. You'll see the likes of Lenovo, Sharp, ZTE, LG and (perhaps) Samsung and Motorola showing off new phones with 1080p panels in the near future, of course accompanied by HTC with their existing 1080p-touting J Butterfly/Droid DNA.

Battery life is still of a concern when it comes to powering these large, dense panels, so hopefully we see some improvements on that front as well that will allow new tech such as this to advance further.

2013 should see the old and faithful ARM Cortex-A9 CPU core phased in out in favor of the newer, and considerably more powerful Cortex-A15 core planned for inclusion in a range of new SoCs (system-on-a-chips). Currently there is one SoC definitively packing A15 cores - the Samsung Exynos 5 5250 (1.7 GHz dual-core A15 CPU) used in the Nexus 10 tablet - but expect it to venture out of the tablet space and into mobiles at some point in 2013. 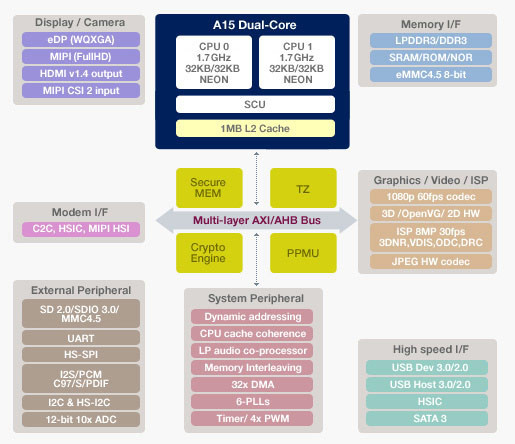 Core-for-core and speed-for-speed ARM states that the Cortex-A15 is 40% faster than the Cortex-A9, meaning there's significant performance gains to be had from choosing a phone with an A15-based chipset. And that's not to mention the GPU improvements that will accompany a newer SoC, including some powerful new stuff in the pipeline from ARM, PowerVR and NVIDIA.

Apart from the Exynos 5 chips that we'll probably see in the next major Galaxy device, NVIDIA's Tegra 4 chipsets, rumored to be packing a quad-core Cortex-A15 CPU, are almost ready for the market. There's also TI OMAP's 5 series SoCs and ST-Ericsson's new Nova chips, but it remains unclear if they'll be seen in any new devices.

While we'll certainly see ARM Cortex-A15-based chipsets in Android devices in 2013, it's unclear if they'll come to any other platforms. Windows Phone is entrenched in Qualcomm chipsets (which use their own, custom CPU cores), Apple likely already borrows the tech for their A6/A6x chips and BlackBerry 10 devices will likely opt for older chips in the first round. One possibility is Windows RT machines, which already use NVIDIA's Tegra chips like in the Surface, but only time will tell if future devices opt for new chipsets.

Nokia has set a fantastic standard in low-light smartphone camera photography with the Lumia 920 and its optical image stabilization ("PureView") technology. In 2013, expect other companies to try and take Nokia had on in this realm, bringing similar or perhaps all new tech to smartphone cameras in the hope of night-time camera success. 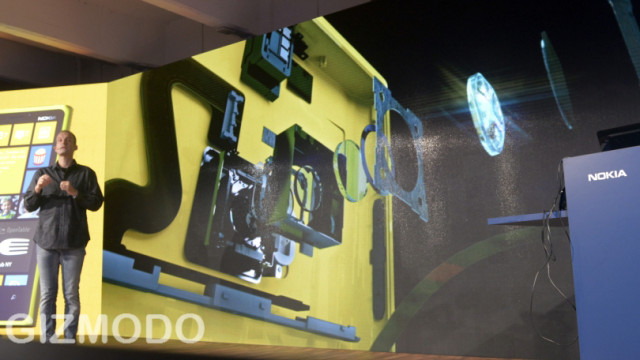 In particularly it wouldn't be of a surprise if Apple spent considerably research and development money on improving their already great iPhone camera, focusing on low-light performance. Expect Nokia to also refine the floating lens assembly used already in the Nokia Lumia 920, bringing it to their next flagship Windows Phone and perhaps other phones on the market. We might even see OIS coupled with a large-megapixel sensor for a greater PureView experience.

In 2012 there was rampant adoption of 4G LTE radios in new smartphones, but in 2013 it's fairly common sense that basically everything released to the market will support the technology. As networks worldwide continue, or begin to start their LTE rollouts, there will be pressure on phone manufacturers to make sure that LTE is included in not only every flagship device, but also some of the lower end models as well.

Also in 2012, when purchasing an LTE-capable smartphone there was often a performance hit associated with using a compatible chipset: for example going from an Exynos 4 Quad chip in the Galaxy S III to a dual-core Snapdragon S4 in the Galaxy S III 4G. Expect new chipsets in 2013 to play nicer with LTE radios, allowing for greater performance without a compromise in wireless speeds.

Tech we won't see just yet

While 2013 will surely bring some exciting things to the smartphone market, there are other areas that probably won't see any significant improvements. Here's a short list of some of the things we don't expect to be included or drastically improved.