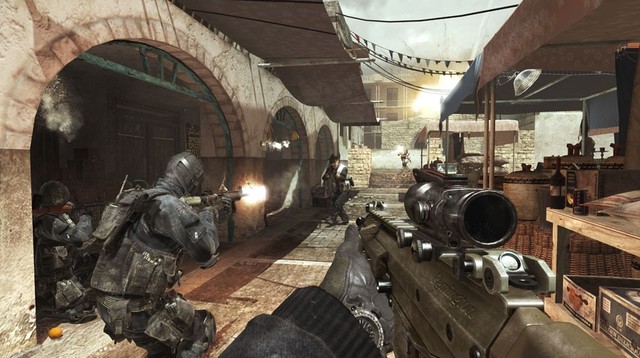 While the PC versions of previous Call of Duty: Modern Warfare games haven't sold as many copies as the Xbox 360 and PS3 versions, the modern military shooters from developer Infinity Ward are still among the best selling PC games of the year when they are released. That's likely to be the case when the latest installment, Call of Duty: Modern Warfare 3, ships to stores or is made available for download on November 8.

The post also goes over even more about the PC version, including adding support for advanced graphics options such as Screen Space Ambient Occlusion. The post also included the minimal hardware requirements for Modern Warfare 3: