Earlier leaks regarding AMD's upcoming RDNA 3 graphics architecture suggest that the company is moving to a four SIMD per compute unit design from the current two. And when we pair that information up with the rumored specifications of the Radeon RX 7900 XT, we get a beastly GPU that could be more than double the performance of the RX 6900 XT and the RX 6950 XT.

The full Navi 31 chip is rumored to have a compute power of 92 FP32 TFLOPs with a more conservative estimate putting it at 73 TFLOPs. And to feed this powerful next-gen graphics card, a lot of memory bandwidth is required. 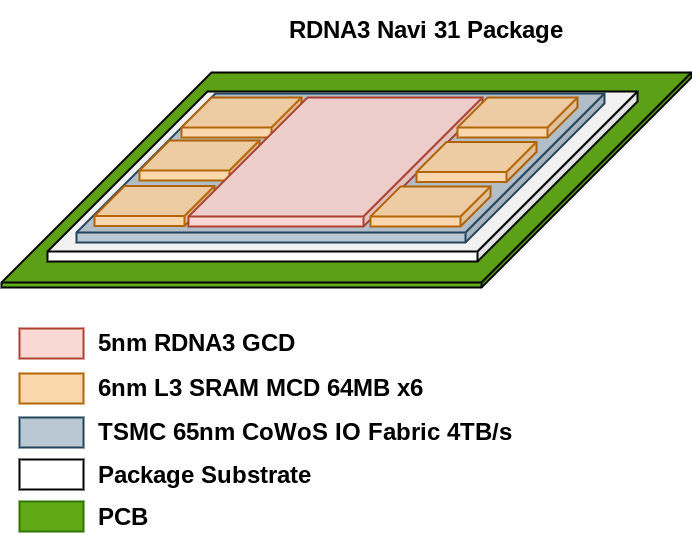 AMD is also reportedly doubling the proportional Infinity Cache on the Navi 3X (RDNA 3) architecture which means the 384-bit bus RX 7900 XT will have 384MB of Infinity Cache, or three times more than the 6950 XT and the 6900 XT. This is represented in the image above by the (64MB x6) L3 Multi-Cache Die (MCD) chiplet. The graphics complex die or graphics core die (GCD), on the other hand, shows the 92TFLOP RDNA 3 core we discussed about earlier.