Two iPhones are widely expected to debut in September, instead of the usual one. 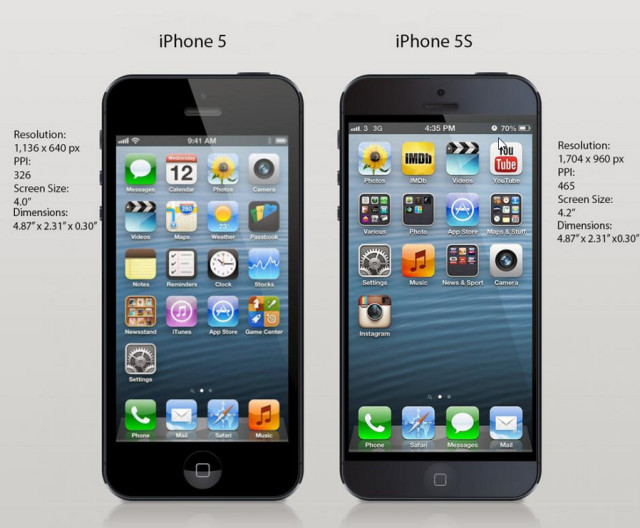 The next generation iPhones to hit the market is expected to launch sometime in September, and early! That's if claims made by German website "iFun" turn out to be true.

According to their "very credible and serious source"

'The next-generation iPhone will be according to our information on 6 September come on the market. In addition to that day, “two new types of devices” to be available – and thus are not two different color variations or memory meant. This information can reach us from a very credible and serious source.'

If you can get past the hilarious translation courtesy of Google, then we can assume that the website is talking about two iPhones, the 5S and the plastic variant that's intended for the lower end market, which is expected to come in a range of colors.

The image above, added to the KnowYourMobile article shows a few spec differences between the current iPhone 5 and 5S, noticeable differences is the screen for the 5S at 4.2" with a different screen resolution and PPI, although the dimensions remain the same for both devices.

The next generation iPhone 5S, allegedly also comes with a bigger battery, 2GB of RAM, dual LED flash and iOS7, while the plastic variant is widely expected to be based on the current iPhone 5, in terms of technology.

Of course you'll need to take this rumor with a fistful of salt, because Jim Dalrymple of The Loop has already "Nope'd" the 6 September launch date, making iFuns "credible" source looking much less credible.

One way or the other, we'll all find out sometime in September.