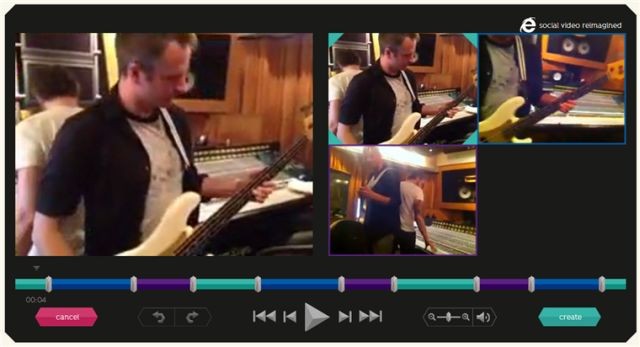 On Wednesday, Microsoft announced their collaboration with Vyclone, a company that had created a video editor that can work with HTML5-based web browsers to combine several different videos of one event into one film experience.

In a new post on the official Internet Explorer site, Microsoft and Vyclone go into more detail on how this video editing experience was created. While Vyclone was originally going to make a mobile app for their editing software, they found out that the small amount of screen size found for a smartphone limited how much editing could be done with video.

While Vyclone was made for web browsers, there's still the issue of having the editing feature work well even on a low end device without a lot of processing power. The blog then gets a bit technical as it offers up some example code for their solutions to keep the editing tool working smoothly in the web browser, even if the PC that's running it doesn't have the most powerful hardware.

In short, the developers used a "game loop" to both simplify their coding while also improving the performance of the editor. The blog states:

If you’re not familiar in (simple) game architecture, the game loop is basically a continuous loop that gets executed regardless of the user interaction and splits apart when different events and actions should occur.

By putting in a "game loop" in the code, this solved some problems while also opening up the editor to run on more PCs.