So you may have read my editorial a couple of days ago outlining why Windows Phone needs to support dual-core processors for not only the advancement of the platform but also as a marketing strategy. Well, I couldn’t fit everything in to that one editorial; I still have more reasons as to why Microsoft needs to get the ball rolling with multi-core support.

Again I’m reading comments saying that Android dual-core devices are laggy, the software isn’t optimized and both cores of the CPU aren’t fully utilized. That may be true in some cases for Android, but why on earth would Microsoft bring this user experience to Windows Phone? They aren’t going to lump together a hack-job done by a few coders in their spare time. Instead, just like with every aspect of WP7, they’ll carefully craft the operating system in such a way as to utilize the multiple cores properly.

You won’t end up with a massive Microsoft stuff up, you’ll end up with the same, fluid and smooth user interface you’re used to. You’ll have the same amount of lag (zero) around the UI. With proper optimization, in non-demanding tasks the battery and heat output will be the same, if not better. Resource usage will be kept low at all possible moments just like with single-core processors. The precision of Microsoft when making Windows Phone will remain right through the introduction of multi-core support.

And yes, I am aware that dual-core support is coming in Windows Phone "Apollo", and that allegedly Microsoft is taking its time to incorporate multi-core use properly. However, it is simply ridiculous how long Microsoft are taking: dual-core processors were released to the market in early 2011 and they plan on incorporating support well into 2012. That's more than a year later to simply add support for hardware, and it's plainly not acceptable for a massive company with massive resources. Apple can cook up dual-core support in less than half a year, so I'm positive Microsoft is capable of the same. 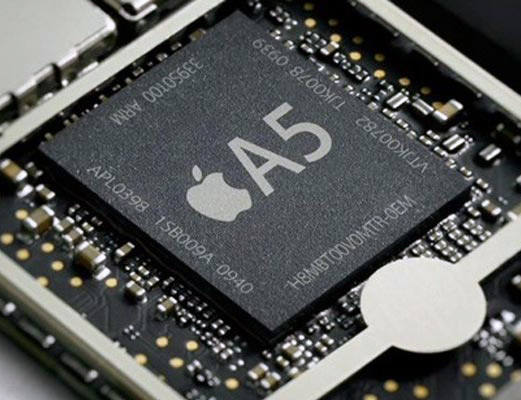 The dual-core Cortex-A9-based A5 chipset; Apple included support for this way back in March 2011

Back on track, while the operating system is keeping nice and lean, conserving speed, battery and clock cycles thanks to Microsoft's optimization, third party apps will have all the advantages of multiple threads, multiple cores and parallel processing. Developers can ramp up their applications to do things far beyond what is capable right now. If you think Windows Phone apps run smoothly with current hardware, just think what they are capable of when they harness double that power.

Like I mentioned in the comments of my previous editorial, you will be able to edit videos on your smartphone if you so desire. I know that I don’t have a need for this, but for those people who might want to do it they will actually be able to. You could edit photos in real time using Photoshop-like applications. You could put together a song using a specific app. You could have awesome augmented reality apps that are actually smooth to use.

I’ve heard people mention that no software needs dual-core processor support right now. Of course not! Hardware always comes first in a development cycle. No sane developer would code an application that doesn’t work on the platform they are coding for. As soon as we see Windows Phones with dual-cores in them, developers will start harnessing the power and develop awesome applications that need twice the power.

Furthermore, gaming will get a massive boost from having more powerful processors. Dual-core processors help greatly when gaming, and not only due to the boost that the GPUs have in dual-core SoCs. There will be so much more power to harness that mobile gamers will start to see next-generation graphics appearing in the Marketplace. Think that current Windows Phone games are awesome? Well imagine what is possible with more power.

Just on gaming, did anyone wonder why the recently announced Grand Theft Auto III mobile port is not coming to Windows Phones? Well it’s probably because the processors are too slow, as Rockstar confirmed that it will only be available for the iPhone 4S (dual-core) and high-end Android devices. I really would have liked to play GTA 3 on the high-end HTC Titan, but alas because it’s a generation out of date hardware wise, I can’t do that. Shame, really; I bet with Microsoft optimization it would have been the smoothest on Windows Phone. 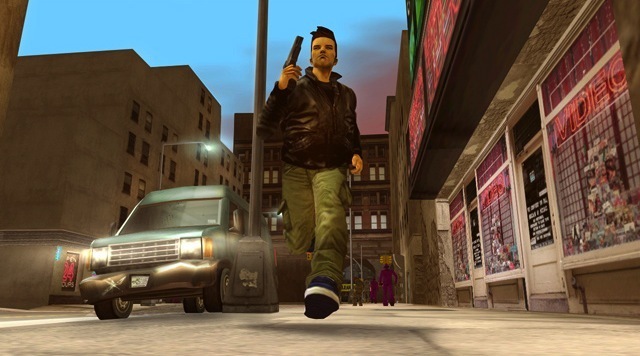 People keep mentioning that Microsoft are harnessing the power properly of a single-core processor. Again, this is true and it's fantastic for the platform to have it run on older hardware, however there is a point where you simply cannot harness more power from old technology. With dual-core support included into Windows Phone, there is no reason why Microsoft cannot continue to optimize single-core use while doing the same for multi-core hardware.

Once they have maxed out the single-core capabilites, they won't have to scramble together dual-core support, becuase they have developed it alongside the single-core chain. In the meantime, those who want power can have power, people can feel better about having more recent technology, they can still have the smoothness of Windows Phone at their fingertips and the platform gets a nice marketing boost as well.

I know some people won’t require the features of a dual-core processor, which is why you can go buy a lower-end single-core device. No-one is forcing you to buy a dual-core device; even with Android, single-core devices like the HTC Sensation XL are being produced. Bringing dual-cores will not mean an end to the Lumia 800 or Focus S, and if you are worried about mythical battery life drain (and again reinforced by NVIDIA) then by all means don't buy a dual-core. Just because you might not want a dual-core device doesn't mean it should be restricted from everyone else.

Another thing I saw mentioned was the “premium price” dual-cores bring to the market. Well that’s a joke. The HTC Titan is retailing for a whopping AU$730; the Focus S for $550 and the Lumia 800 for $575 (420 euros). Meanwhile over in Android camp the dual-core HTC Sensation is the same $550, the Galaxy S II for $550 as well and even the LG Optimus 2X is available for $400! Dual-core hardware does not make the device more expensive; in fact the Tegra 2 processor costs just $15 and the Apple A5 just $25, two-cores included.

There is simply no good reason at all as to why Windows Phone shouldn’t have dual-core hardware. Single-core Windows Phones sure are great, fast and capable; but dual-cores will plainly be better. Dual-cores enable a future of greatness for the platform: they accelerate the capabilities of the platform while providing obvious benefits to the consumer, along with giving opportunities and new channels for developers to create cool new apps.