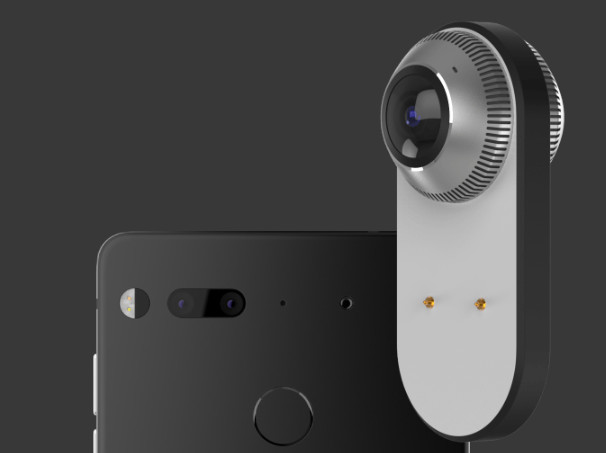 It was back in May when Andy Rubin's startup Essential was first brought to light, teasing its upcoming Android smartphone. It wouldn't be long before the handset with the near bezel-less display would be revealed, showing off its beautiful design and modular accessories.

While things started off with a bang, things would later start crumbling, as the firm would experience the loss of executives, a missed shipment date, and worst of all, exposing client data to the public. Now, it looks as though another issue is popping up for the company, in the form of a lawsuit.

The lawsuit was filed by Keyssa Inc on Monday, a privately-owned company backed by Tony Fadell, the co-creator of the iPod and founder of Nest. The company offers technology that it has dubbed Kiss Connectivity that allows large amounts of data to be transferred wirelessly between devices without the use of Bluetooth or Wi-Fi.

The firm had discussions with Essential in regards to this technology but the two were never able to create a fruitful business relationship. Essential would then go on to later utilize a different chip manufacturer that simulates the same interaction for its modular accessories. This is where the trouble lies, as Keyssa Inc believes that Essential is using the knowledge gained from the discussions and that it has not been compensated.

The firm also states that things have escalated to this level because discussions to resolve this matter with Essential have proved fruitless. It will be interesting to see how this all plays out for the billion dollar company.