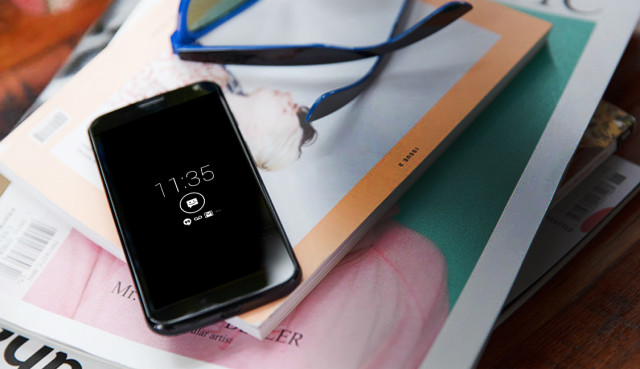 After teasing us with a newspaper ad in July, Motorola and its parent company Google have officially announced the first concrete details on the Moto X. The smartphone will be priced at $199 with a new two year contract, and will go on sale in the US, Canada and Latin America sometime in late August or early September and will ship with Android 4.2.2, not 4.3 which was released along with the new Nexus 7 last week.

The hardware specs are as follows:

The Moto X is supposed to make it easy to take pictures quickly with its camera hardware and software. The press release states:

Need to capture that perfect moment before it’s gone? All it takes is two quick twists of your wrist and Moto X’s Quick Capture camera is ready to shoot. Touch anywhere on the screen and you’ll get just the shot you want. Its high-quality sensor can capture the darkest scenes or stop motion blur in bright light. You’ll see the difference in every shot.

Motorola is really hyping the fact that the Moto X is being made in the US, in a Fort Worth, Texas assembly plant. It's also hyping up what it calls Moto Maker, which will allow its owners to customize the smartphone's front, back, and accents. There will also be ways to change the phone's memory and wallpapers before it ships and there will even be a way to add a name or small message on the device.

While the Moto X will be sold by a number of wireless carriers in the US, the custom Moto Maker feature will only be available at first for people who buy the phone from AT&T, with added support later for Best Buy customers.