Motorola today announced a quartet of new devices, including the Motorola One Macro, Moto G8 Plus, Moto G8 Play, and Moto E6 Play. All of them have different pricing and availability, but none of them are coming to North America. 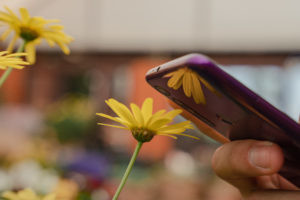 First up is the Motorola One Macro, which has a dedicated camera lens for macro shots. The company says that you can take pictures at 2cm away from a subject. The blog post says that no other phone gets you closer, although to be fair, many phones will get you as close or almost as close with an ultra-wide lens.

The One Macro also packs a 4,000mAh battery, which Motorola says can keep you going for up to two days, and it has a 6.2-inch HD+ display, 4GB RAM, and 64GB of on-board storage. The Motorola One Macro is available now in Brazil, Mexico, Australia, India, and Europe, starting at €199.

Next up are the Moto G8 Plus and Moto G8 Play. The Plus packs a 48-megapixel camera sensor for the first time, using Quad Pixel technology to combine four pixels into one for better low-light performance. It also has a depth sensor and a 117-degree ultra-wide lens, along with a 25MP front-facing camera.

The G8 Plus comes with a 6.3-inch FHD+ Max Vision display with a 19:9 aspect ratio, and a 4,000mAh battery that supports TurboPower charging. In fact, Motorola says that 15 minutes of charging will get you eight hours of use. It comes in Cosmic Blue and Crystal Pink, and it's available for €269 in Brazil, Mexico, and India now, with European availability by the end of the month.

The Moto G8 Play has a 6.2-inch Max Vision display, although this one is HD, so Motorola is once again promising up to two days of use with the 4,000mAh battery. The Lenovo-owned company is promising 30% faster performance than the Moto G7 Play. It's available today in Brazil, Mexico, Chile, and Perú, with a rollout in the rest of Latin America in the coming months. Pricing was not provided.

Finally, the Moto E6 Play is for the budget-conscious consumer. It includes a fingerprint sensor, 32GB of storage, a 13MP rear camera, a 3,000mAh battery, and a 5.5-inch HD+ Max Vision display. The Moto E6 Play is available now in Brazil and Mexico, and it will arrive in Europe by the end of November, starting at €109.