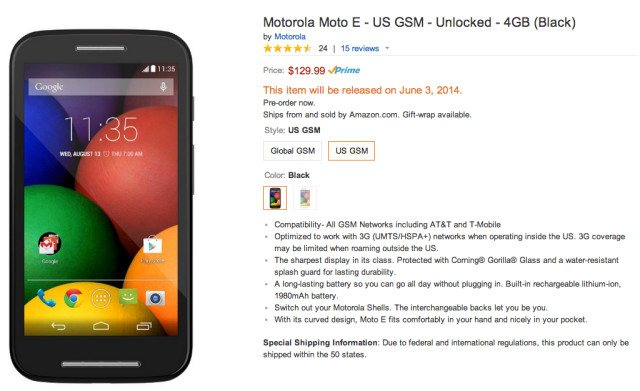 Earlier this month, Motorola announced two new handsets, the Moto E and Moto G LTE. While release dates weren’t announced it looks like Amazon has shed some light on the subject by posting a June 3rd, 2014 release date on its website.

Both the Moto E and G LTE are unique Android devices that offer immense value at a great price. The Moto E is an all-new entry-level device, while the Moto G LTE is an improved variant of last years, Moto G. The Moto G LTE adds support for a microSD slot and LTE.