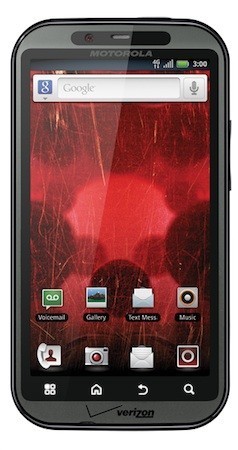 Motorola's line up of Android based smartphones began with the the Droid for Verizon nearly two years ago. Since then the company has released a number of Droid successors since the. At CES 2011, Motorola announced plans to release the Droid Bionic, a 4G based dual core processor based smartphone. While the Bionic was first scheduled to be released in the second quarter of 2011, Motorola announced back in April that the phone's release had been delayed.

Now Motorola is using its Twitter web page to let fans know that the Bionic isn't vaporware, stating, "Hang tight, DROID Bionic is coming and slated for summer release. Our team is working on some new updates." Back in April, Motorola said that it was making some changes to the Bionic's form factor and features based on feedback it had received after its announcement at CES.

That means that the above picture of the Bionic might not be the final form for the smartphone. Back at CES, Motorola said the phone would have a big 4.3 inch screen, an 8 megapixel back camera, a front facing camera, 512 MB of RAM and an HDMI port. Of course some, all or none of those features might be in the final version of the Bionic.

The delay of the phone's release has given other phone makers a running start. Morgan Keegan analyst Tavis McCourt has conducted a study and, according to an article on the International Business Times web site,  he believes that HTC's line up of phones has been selling well thanks in part to the delay of both the Bionic and Apple's next iPhone.