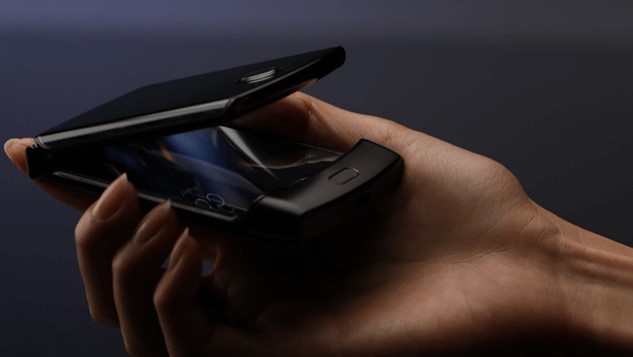 The rumors have been swirling for a while that Motorola is working on a new foldable phone, which will be sold under the razr moniker, and look more like the flip phones of yesteryear. Now, famous leakster Evan Blass has shared a picture on Twitter which is said to depict the upcoming phone, confirming some of the information that's been going around.

As expected, the phone folds in half, like a flip phone, though the angle of the shot doesn't necessarily confirm it's making use of a foldable display. The phone appears to have a single camera on the outside of the top half, which wouldn't be all that impressive for a phone in 2019 or 2020. There's a bar at the bottom of the phone, which might serve to help lock the phone when it's closed, similar to how the Huawei Mate X locks in place when folded.

Since we only get to see the phone from one angle, there's a number of details that remain unknown. There could be more cameras hidden in other parts of the phone, or it could be that there's a smaller display on the outer shell of the phone to allow it to be used while closed. The middle of the bottom bezel could be a home button, too, or a release button to unfold the phone.

We're only about two weeks away from Motorola's event where the phone is expected to be officially unveiled, so it might not be that much longer until we know exactly what the phone is like.

Update: Evan Blass has followed up with another image the confirms the phone does have an external display that sits above the camera. 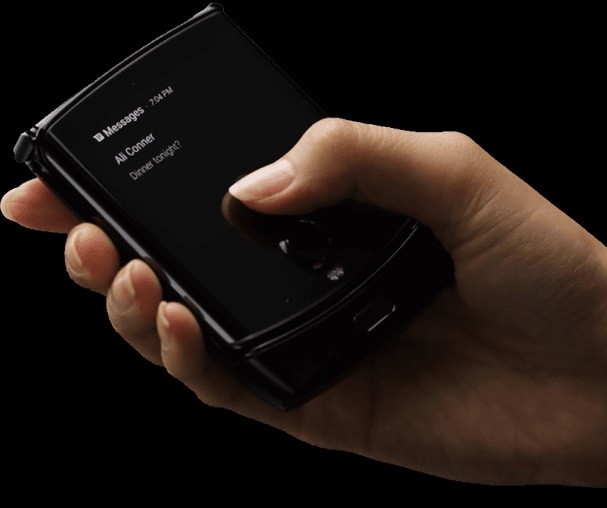 The display appears to have a nearly square aspect ratio, and it can be used to display notifications and time, though there's no indication the user can interact directly with the notification. The image also shows the dual-tone flash for the camera.