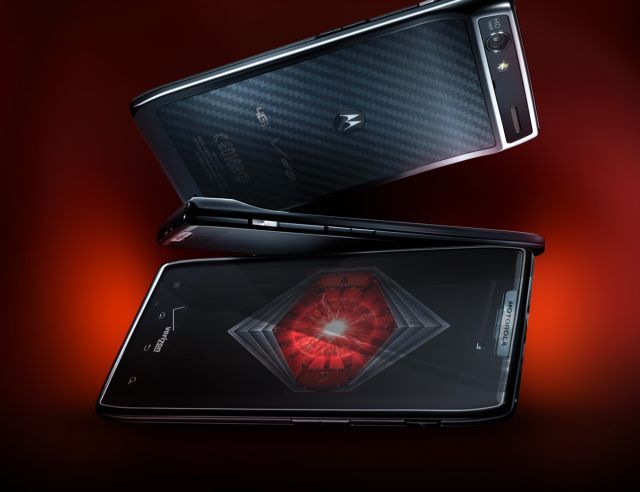 Motorola is set to reveal its next smartphone on Tuesday at a New York City press event but it looks like the company has already given a clear look at the next product in a new picture with three images of the device. Droid-Life.com reports that it has discovered the image while combing through Motorola's newly launched teaser site for the smartphone. It definitely confirms that the phone will be sold via Verizon Wireless and connect to Verizon's faster LTE-based 4G network. The images also makes it looks like it will be a pretty thin smartphone.

The product, which has been called the Droid Razr or the Motorola Spyder, depending on which web site you read, is expected to be running some version of Google's Android operating system. Boy Genius Report says via unnamed sources that the phone will have a 1.2 dual-core processor, 1 GB of RAM and a 4.3 inch touch screen but none of this information has yet to be officially confirmed by Motorola or Verizon.

In related news, Motorola also sent some media outlets a teaser box for their Tuesday event containing some odd items that are meant to represent the aspects of the phone's teaser tag line. Droid-Life.com reports that the object in the teaser box include a Rubik's Cube with the Motorola logo ("smarter"), a kevlar/carbon fiber mouse pad ("stronger"), a small model of a Blackbird-style airplane ("faster") and some chocolates (we are not sure how they correspond to "thinner" but that's just us).