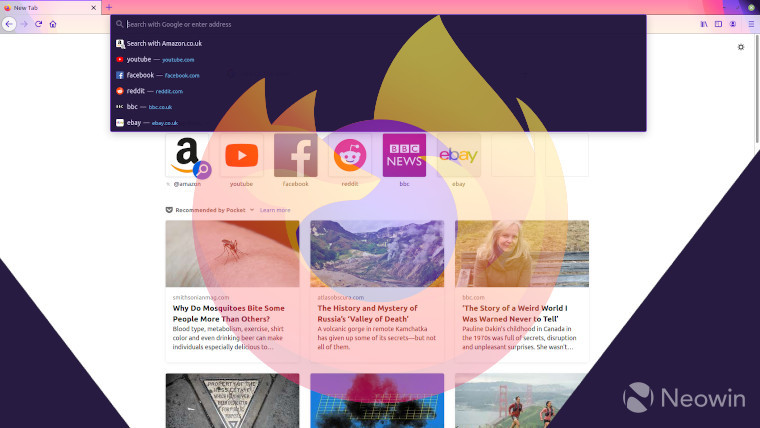 Mozilla has announced the availability of Firefox 81. The new update comes with a raft of new features including audio and video control from your keyboard or headset, a new browser theme called Alpenglow, and credit card autofill in the U.S. and Canada.

With the ability to pause and play audio and video in Firefox from your keyboard or headset, you’ll now be able to better control your browser media even when you’re in another Firefox tab, in another program, or when you’re computer is locked. Check out the support page to get more information on the ins and outs of the new tool.

Another nifty feature in Firefox 81 is AcroForm support, which will allow you to fill in, print, and save supported PDF forms. To accompany this, Mozilla has also given the PDF viewer a fresh new look.

With the launch of Firefox 77 in June, Mozilla brought Pocket integration to its browser for users situated in the U.K. With today’s update, users in Austria, Belgium, and Switzerland using the German version of Firefox will now see Pocket recommendations on the new tab page.

Avid shoppers in the United States and Canada will benefit from the ability to save, manage, and autofill credit and debit card information while shopping online. If you can’t see this option just yet, hold on a little while longer while Mozilla completes the rollout. Hopefully, this won’t take too long to arrive for other users around the world.

Finally, Mozilla has added a purple-pinkish theme to its browser. The new theme is dubbed Alpenglow and gives users another theme option aside from Default, Light, and Dark.

If you’re already using Firefox, you'll receive the update automatically in the coming days. You can also press the menu button, go to Help, and then About Firefox to apply the update manually. Linux users will need to wait until their distribution's repositories have been updated. If you don’t use Firefox at all, you can download it from Mozilla’s website.