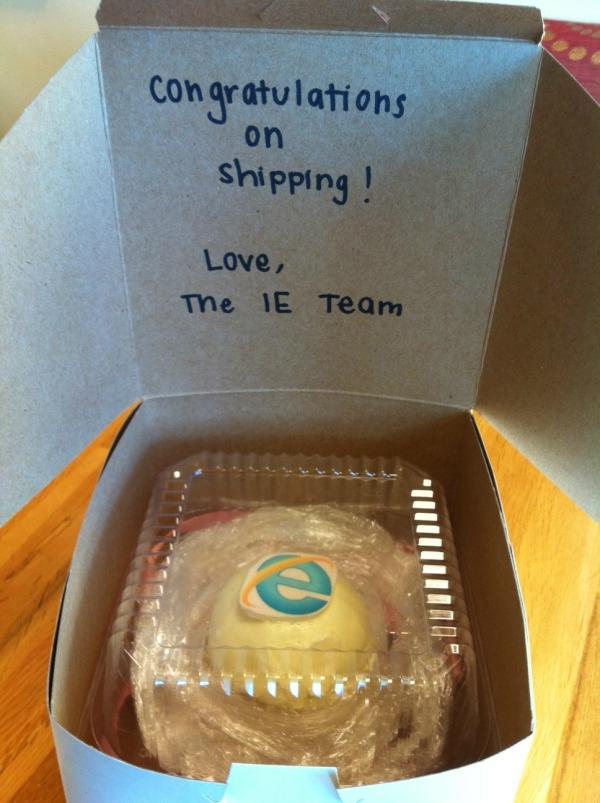 What has become a tradition for Microsoft, they have once again sent a cake to the developers of Firefox. Firefox recently pushed out the door Firefox 7, and sticking with tradition, Microsoft sent them a cake to celebrate the occasion. This common occurrence must be adding to Firefox's bottom line, if you catch our drift.

Microsoft also commented that Firefox has not yet officially responded to receiving the baked goods. Microsoft jokingly said, "One blog claims Firefox 7 is 'lean'… maybe they didn’t send thanks because they’re on a diet? ;)". As always, these kind of corporate good gestures are nice to see in a World filled with patent disputes.

This good hearted gesture has become a common practice for the IE team and they have been sending cakes to the Firefox team with each new release of their browser. While it is unknown what variety the cupcake may be, no one ever complains about free baked goods.

This kind of PR goes to show that while they are competing for the same users, it is all in good faith in bringing end users the best possible experience on the web. As they say, let them eat (cup)cake!