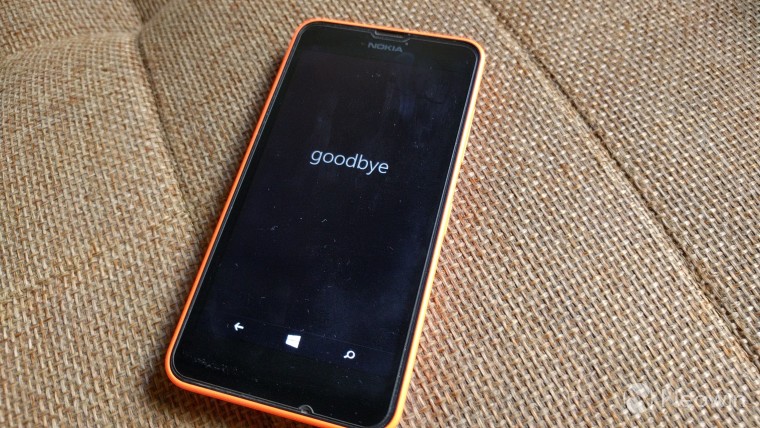 In what has been a slow and brutal train wreck, Windows phones have continued its tradition of taking a beating in the market. In fact, the OS has plunged lower than it has ever been at 0.1% market share, according to IDC. The market intelligence company also commented on the lack of a "Surface"-style attack for Microsoft's smartphone endeavors as one of the major impediments in its eventual comeback to the mobile space.

"Windows Phone shipments continue to fall as the lack of new hardware partners, developer support, and overall enthusiasm for the platform show no immediate signs of recovery. IDC expects 2017 volumes to decline 80.9% to just 1.1 million units. Microsoft has yet to fully commit to any “Surface”-style attack for smartphones or to push new vendors to embrace the platform, leaving little hope of mounting a full scaled comeback in the years to come."

This isn't news to anyone who has been paying attention to the Redmond company's self-stylized retrenchment from the mobile space. But, it sure is a far cry from its promise of unifying the experience on all devices running a Windows 10 SKU. It also puts the spotlight on Microsoft's mobile dilemma- not being able to effectively kill Windows phones because the next iteration of its mobile solution isn't quite ready yet, which is probably why the company isn't investing in new features for Windows 10 Mobile is right now.

The two-horse mobile race continues in the form of a stalemate of sorts as Android continues to rule the roost while Apple continues to earn the most profit. With about 85% of the market captured, Google's OS will continue its dominant run for the foreseeable future. However, IDC predicts that the Average Selling Price (ASP) of Android smartphones will fall from $220 in Q1 2017 to $198 in 2021.

iPhone shipments, experiencing a rare decline, are expected to grow 3.8% this year. The research company lowered its forecast for iPhone sales to 223.6 million units this year, while in 2018 the company predicts a stronger turn out for Apple with over 240 million units predicted to be sold. With the iPhone's tenth anniversary this year, great things are expected from Apple, and if the Cupertino company is able to recapture its fan base's imagination, it won't be too difficult to match or exceed that expectation.