We hear more than our fair share of rumours here at Neowin. Some come from knowledgeable tipsters; others are attributed to unspecified but well-placed sources; but some appear to come from out of absolutely nowhere.

Today, the Twittersphere has been practically foaming at the mouth over one such rumour that seemed to emerge from out of the blue. For several hours, the phrase “iPhone 5 $800” has been trending across the globe. At time of writing, that phrase is the second most popular topic in the United States, while “#800DollarsforAniPhone” is currently at the top of the list. Similar phrases have featured in the top ten trends in numerous other countries, and are currently among the top globally aggregated trends. 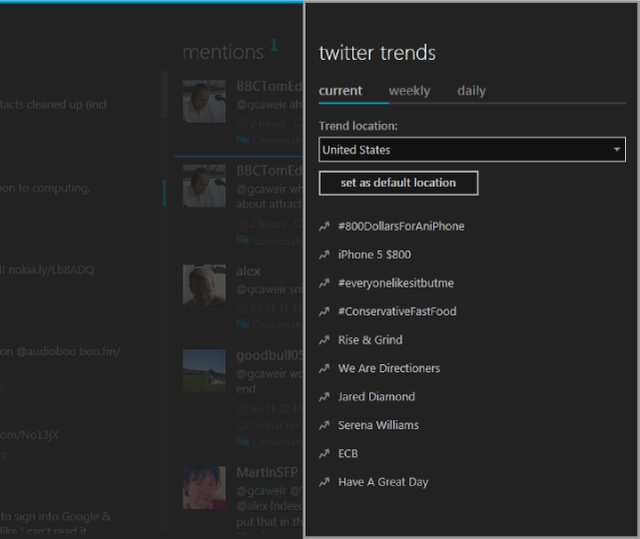 Infuriated consumers have taken to Twitter in their millions, to voice their outrage at the suggestion that the next iPhone – which is widely expected to arrive next month – will have such a huge price tag.

@alexisanass said: “iPhone 5 $800 ? Better be a WePhone cause the whole family is gonna have to share !”

@iKeepItTooReal said: “iPhone 5 $800? I Better be able to touch the other persons face in FaceTime!!!”

But where on earth did this all originate? International Business Times discovered, after much digging, that an article at gamenguide.com – headed “iPhone 5 Rumors and Release Date – Already on Sale in China” – appears to be the origin; that article features a listing from Chinese auction site taobao.com, citing a price of $800-$1050. But that article clearly states that the auction listing is likely to be a scam, adding that “the iPhone will cost a pretty penny, but pigs will fly before it costs that much”.

Digital Spy noted that Reuters had mentioned $800 in conjunction with Apple stock (though didn’t mention iPhone pricing in the same article), and that on PhonesReview.co.uk, a comment was made by a user who gave their prediction for the new iPhone’s price: “Propably [sic] $800-$900 US dollars for 64GB. That’s excluding taxes.”

Perhaps the rumour originated from one of these examples, or perhaps it came from somewhere else entirely. One thing’s clear though – there’s a lot of really angry people out there going absolutely, 100%, super-nutty over a nugget of information that they’ve taken at face value from retweets, without even trying to verify or substantiate it with more details.

The internet is a craaaaaaazy place.