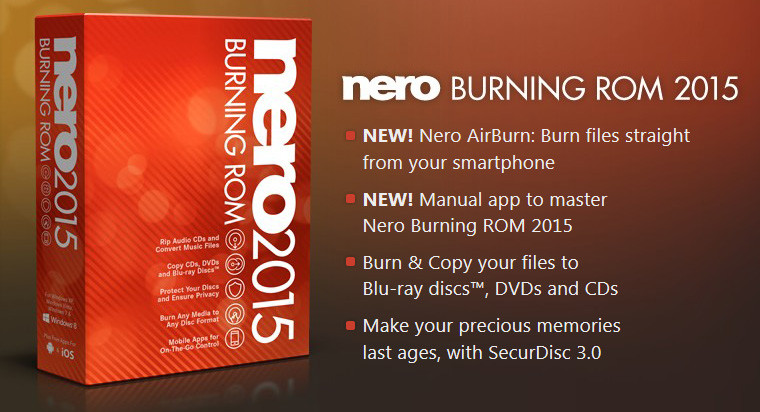 Despite its wide range of features, Nero Burning ROM has remained an easy-to-use burning program that creates discs in just a few steps. You select the disc type to be burned (CD/DVD/Blu-ray), define the project type, add the required data and then start burning.

Using Nero Burning ROM you can save audio files from an Audio CD to the hard drive. In the process, the files are encoded, i.e. converted into a format that the computer can read. The Audio CD can be automatically identified with Gracenote. So called metadata such as title, genre, and track title are accessed by the Gracenote Media Database and associated to the tracks. That way you have audio files that are accurately and fully named after the encoding process.