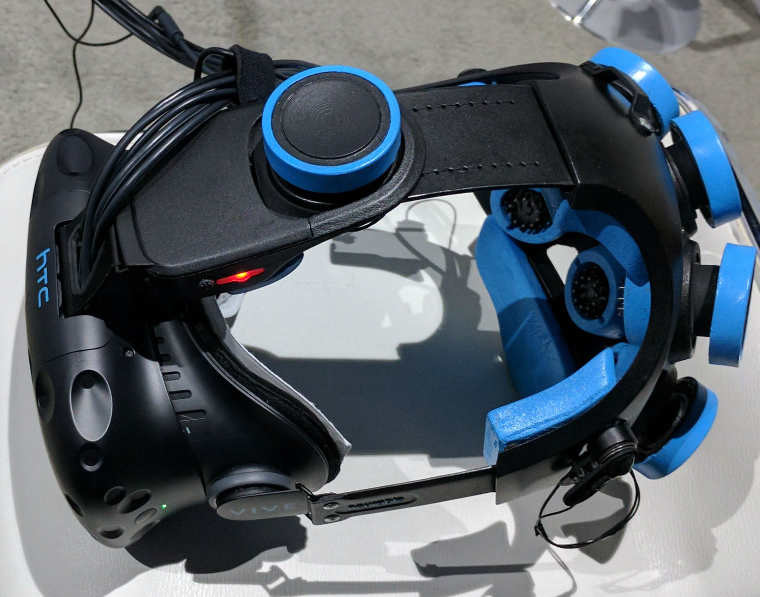 A startup company called Neurable is developing brain-computer interfaces (BCI) for a number of virtual reality applications, it wants to build amazing mixed reality experiences controlled only by your mind.

They currently have a demo game called Awakening, where the player, fitted with a VR headset and electrodes to their head, takes the role of a child with telekinetic powers who is locked up in some research facility and must use these powers to try and escape.

THe BCI system developed by Neurable makes it possible for the player to move objects within the VR game using just their thoughts, like telekinesis. This is achieved by combining the HTC Vive virtual-reality headset and some dry electrodes placed on your scalp detecting your brains activity through electroencephalography, yes, that is a word. The system currently does require a short calibration process so that it can be familiar with your thoughts, but the company promises that this will not be necessary for much longer and players could just pick it up and start straight away.

The potential applications for such a system are immense, and Neurable is thinking far beyond just video games for their BCI, in one of their other promotional videos they show people controlling a small car with their minds, and the system could also be very useful for complicated design programs.

Many BCI systems currently need to be implanted into the actual head of the user, and this has been a major challenge to the development of BCI, however Neurable and others appear to be making headway with their dry electrodes that only need to be worn like a hat, and this kind of development has already proven to be very helpful in aiding people who might have mobility problems or a motor neuron condition as they can use the BCI systems to communicate or control things.

Neurable is hoping that once they finish working on Awakening that a larger gaming company will pick it up and release it sometime next year.