The renders leaked last month were seemingly based on the first stage prototype and did not depict the camera layout of the Galaxy S11 Plus properly. The updated render courtesy of @OnLeaks gives us a clear look at the L-shaped camera layout and the number of camera sensors it will house. 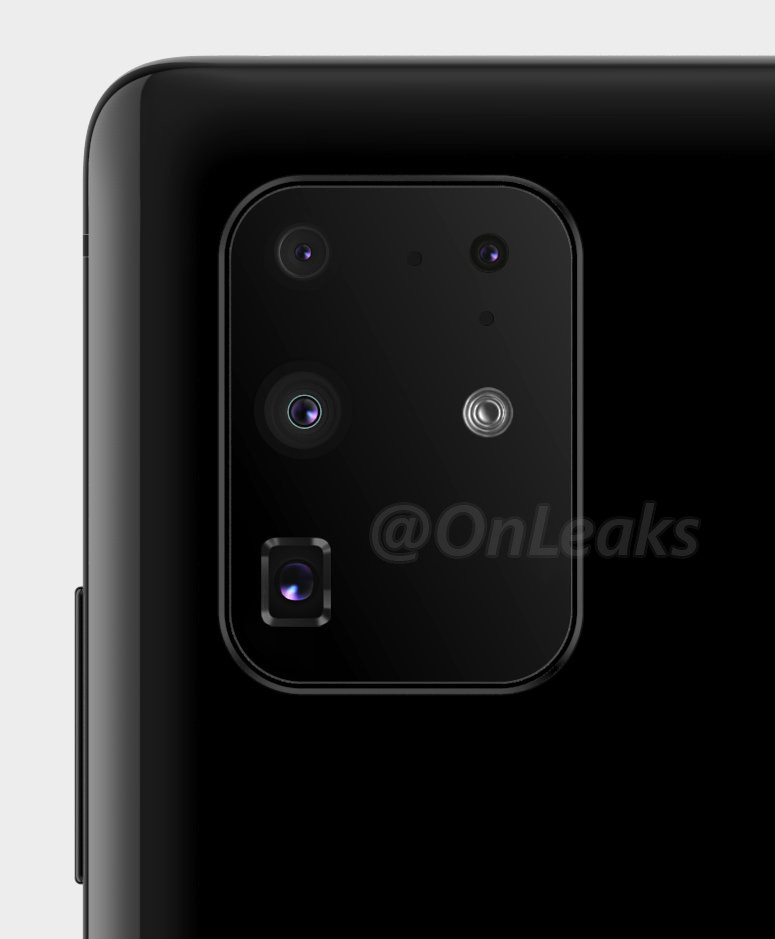 From the render, it seems that the Galaxy S11 Plus will pack five camera sensors and an LED flash. The last camera sensor is an interesting one, it has a rectangular lens. It is actually a periscope lens that offers a high level of optical zoom, likely 5x or 10x as seen on the Oppo Reno series and the Huawei P30/Mate 30 Pro.

The updated camera layout also looks much cleaner compared to what we saw in the first set of leaked renders.

Other camera specifications of the Galaxy S11 Plus are not yet known, though rumors point to it coming with a custom primary 108MP camera that will reportedly offer 8K video recording. Samsung is expected to announce the Galaxy S11 and its second foldable device at a Galaxy Unpacked event in February.

From all the leaks so far, the Galaxy S11 series looks like it is shaping up to be a major upgrade in the camera department.

What are your thoughts on the Galaxy S11 based on all the leaks so far? Let us know in the comments!