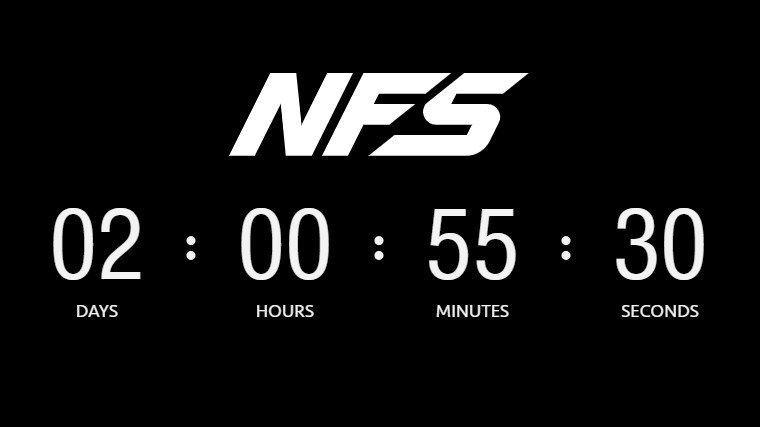 The recent E3 festivities came and went without EA mentioning the new Need for Speed game that's under development, even though it's planned to launch before the year's end. However, it seems fans of the racing series won't have to wait much longer, as the Need for Speed portal on EA's website now sports a countdown to 7AM PT on August 14.

This should be moving towards an official unveiling - or at least a teaser - of the latest entry ahead of gamescom. EA has already confirmed in a recent investor call that it will bring new Need for Speed and Plants vs. Zombies Garden Warfare games to gamescom this year, which is slated to kick off on August 20.

Ghost Games should be developing this new title as well, the Swedish studio has been responsible for the series since 2013's Need for Speed Rivals. The development team may have fresh ideas to show off this time also, as it has hinted previously that it won't be following in the same footsteps as recent games, explaining "Just because we’ve done something one way for the last few years, doesn’t mean we should continue to do so."

With only a couple of days of waiting left, we won't have to wait long to find out what the newest incarnation of Need for Speed has to offer.