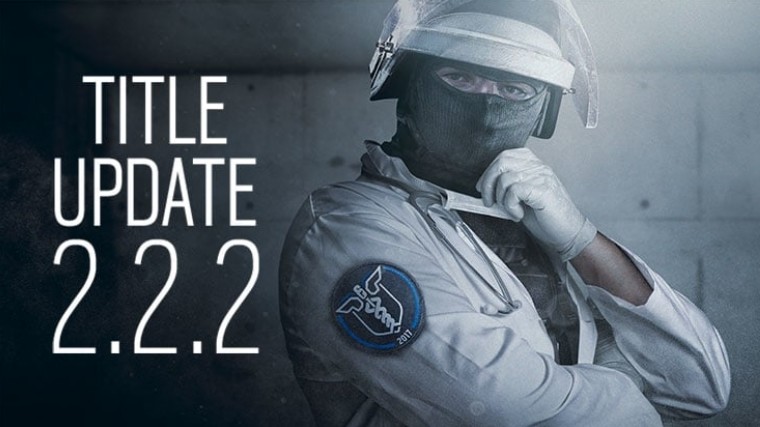 As part of Ubisoft's Operation Health program for Rainbow Six Siege, the developer is pushing out a new update that expands dedicated server usage while serving as a foundation for further improvements down the line.

Previously, Custom Matches needed a full lobby of 10 players to get granted access to a dedicated server, with parties that include fewer players being stuck with peer-to-peer hosting. The new update will lower this requirement to only needing two players.

In-game voice chat is also getting the dedicated server treatment, bringing along clearer communications with lower bandwidth usage. Considering how important team communication is within the tactical shooter, this will surely be a welcome change by the community. This feature will only be available on the PC at first, with consoles receiving access later.

Beyond all the dedicated server support, the update will bring along a new animation for vaulting. The vault animation that currently exists in the game does not take into account where the player is aiming while they are vaulting, and 'snaps' to the direction they are aiming at after the animation ends.

As seen in the GIF above, the new animation fixes this issue entirely, where we can clearly see the direction that the player is aiming while vaulting through the window.

In the future, the developer plans to implement new servers that will hopefully improve hit registration, de-syncs and latency issues, as well as phase out all systems that use peer to peer features.

The full changelog for the update is available on the official Rainbow Six website, with the update slated for launch sometime later today. The game recently passed the 20 million player milestone, and the number is quite deserving, considering the amount of support the shooter has received since its launch. It seems Ubisoft is focusing a lot of attention on dedicated servers, with the company even planning to replace its fighting game For Honor's peer-to-peer matchmaking system with dedicated servers in the future.