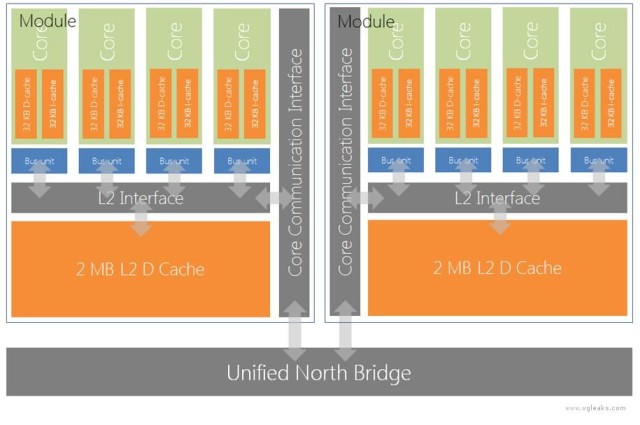 While Sony has now revealed some of the first details surrounding its Playstation 4 game console, Microsoft is still not saying anything officially about its plans for the successor to the Xbox 360. That hasn't stopped a plethora of rumors about the console from leaking, however, and the most recent claims involve the next Xbox's processor.

The report comes from VGleaks.com, which claims AMD is creating the processor for Microsoft. The same site recently posted up info on what the console will have in terms of Kinect support.

The CPU inside the console, code named Durango, has two modules, each with four x86 cores inside, according to the article. Each of those cores reportedly runs on a single thread at 1.6Ghz. The article adds that the cores each feature "a 32 KB instruction cache (I-cache) and a 32 KB data cache (D-cache), and the 4 cores in each module share a 2 MB level 2 (L2) cache. In total, the modules have 8 hardware threads and 4 MB of L2."

One thing that did stand out was that while each core in the Durango CPU reportedly has a clock speed of 1.6 Ghz, that's actually half the speed of the cores inside the current Xbox 360. The Xbox 360, which launched in 2005, has a PowerPC-based processor with three cores and a clock speed of 3.2 Ghz.

However, even with that lower clock speed, the Durango CPU should perform much faster than the chip inside the Xbox 360. That's thanks to a number of other hardware changes inside the chip, including the Durango CPU cores getting dual x64 instruction decoders in order to decode two instructions per cycle.