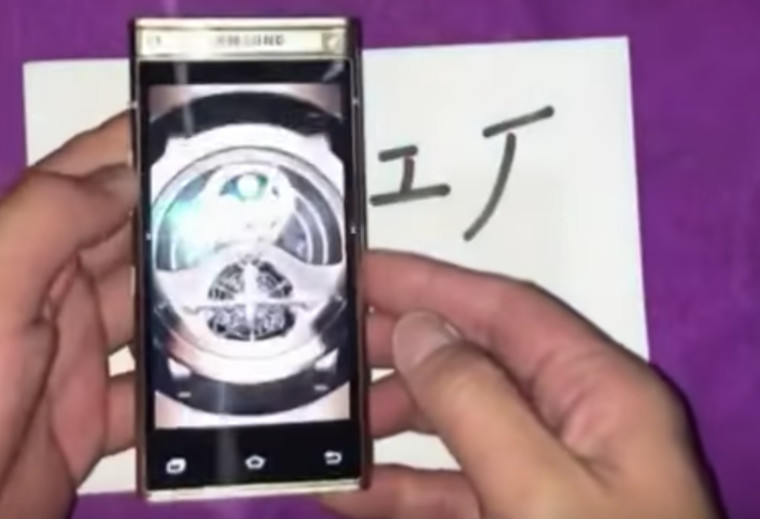 This month, we have seen quite a bit of Samsung's unreleased and unannounced Android flip phone, the SM-W2018. The handset looks quite luxurious and will apparently come packed with a Qualcomm Snapdragon 835 processor. While we have previously seen it in pictures, a new video has leaked online, giving us a look at it from all angles.

While it isn't the best quality video, it still gives us a good idea of the design, its thickness, and a quick glimpse of the software. As mentioned before, the handset should come powered by a Snapdragon 835 processor that will be coupled with 6GB RAM. There have been mixed reports when it comes to the internal storage but it could arrive with either 64GB or 128GB.

As far as the cameras, the rear will pack a 12MP unit, while the front will be a 5MP sensor. The phone's battery will come in at 2,300mAh, which will hopefully be enough to power this unit for a whole day. The handset could be announced on December 1 with a rumored retail price north of $1000.