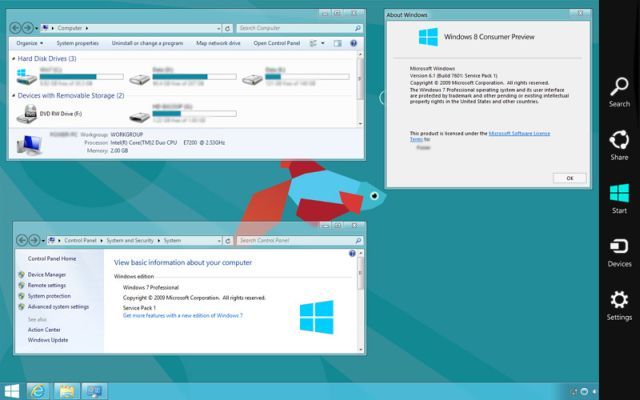 Would you like to have your PC look like Windows 8 without all that hassle of actually downloading and installing the Consumer Preview version? The Windows X team has the solution for you with the new 4.0 version of the Windows 8 Transformation Pack.

The pack turns the desktop of any PC with Windows XP, Vista and 7 into one that mimics the look of Windows 8. While there have been previous versions of the Transformation Pack, the 4.0 version adds the Segoe font that is used in the Windows 8 Consumer Preview to give it more of an authentic look and feel. It also adds the Charms Bar as an alternative for users who are not able to get the full UI to work properly.