While Google is now extending Exchange ActiveSync support to sync Gmail email, calendar and contacts on Windows Phone devices until July 31st, the same extension will not be given to new Windows 8 and Windows RT devices, including the Surface RT tablet from Microsoft.

In a post on the official Windows blog, Microsoft confirmed that EAS support will end after today for Windows 8 and RT owners that use the Email, Calendar and People apps to sync up to Gmail. Microsoft added that connections that have already been made with EAS will continue to work past today. 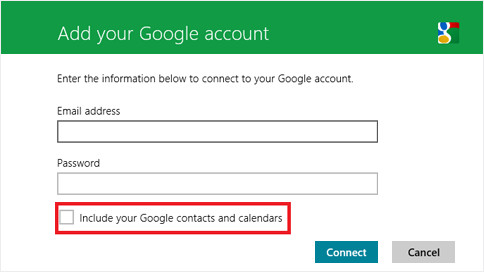 If you decide to wait until after today to connect your Windows 8 or RT PC to Gmail via these apps, Microsoft does have a support page that offers a workaround that will allow users to connect their Mail and People apps to Gmail's mail and contacts via adding them to their Microsoft account. Unfortunately, that method cannot be use for the Calendar app; new connections via Windows 8 to Gmail's calendar simply won't work at all after today.

Microsoft's blog post also makes a pitch for Windows 8 and RT users to use Outlook.com as a way to access their various email accounts after today.