Information about Windows Live Wave 4 is slowly trickling in - a few weeks ago Neowin revealed the new Windows Live Messenger Wave 4 UI, along with a bunch of features, such as better Windows 7 superbar integration, as well as tabbed chats which is a very frequently requested feature (even though some 3rd party applications offer to add it for you).

Mail screenshots have surfaced previously, but these new screenshots show the UI has come much further from a few short weeks ago. As you can see in the new screenshots below, Windows Live mail is now fully integrated with the ribbon UI, much like Outlook 2010. The new build also sports a calendar in the right sidebar, very much similar to that in Outlook 2010 - except this calendar comes straight from your Windows Live calendar.

The build of Windows Live Mail also shows it finally has conversation view, a much needed feature, especially if the company is going for better GMail integration. Take a closer look at the conversation view below. 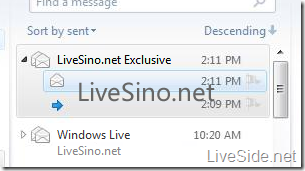 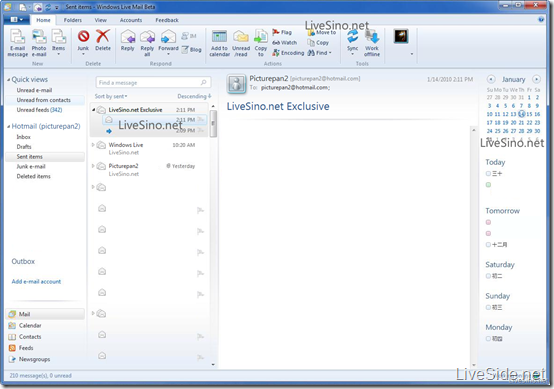 Please remember that while these screenshots are real, the UI may change, and will likely not reflect the final product upon release. The first public beta is expected within the next two months.