The Windows 10 Xbox app is no more, at least in name, as Microsoft has now renamed it to the Xbox Console Companion. The icon has also been updated, now displaying an Xbox One console instead of the previous Xbox logo. 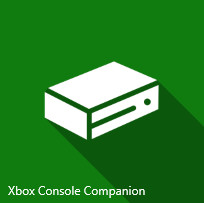 When opening the newly renamed app for the first time, a "What's New" message pops up that provides a rundown on what's happening, saying that it is now going to be a "dedicated app for your Xbox console's features and settings." At least for now, it seems none of the app's features have been removed or changed.

As for the PC crowd, Microsoft's message also confirmed that it is building a new "desktop experience". There isn't a specific release date attached to this - which we are assuming is a new app - other than the message saying "coming soon." Note that when this does come out, users will be required to be on Windows 10 May 2019 Update.

Don’t forget that the new Xbox Game Bar for Windows 10 gives access to some of the current Xbox app's systems through its overlay as well. This includes chatting and joining into friends' games, in addition to its own suite of features like Spotify integration and performance monitoring, among others.

Microsoft's E3 presentation is slated for June 9 at 1PM PT, which is where we will probably hear more about this new Xbox desktop experience. The new Xbox Game Pass for PC might get folded into this new app as well, giving users an easier way to keep track of the over 100 PC games that Microsoft is promising to deliver through the subscription service.