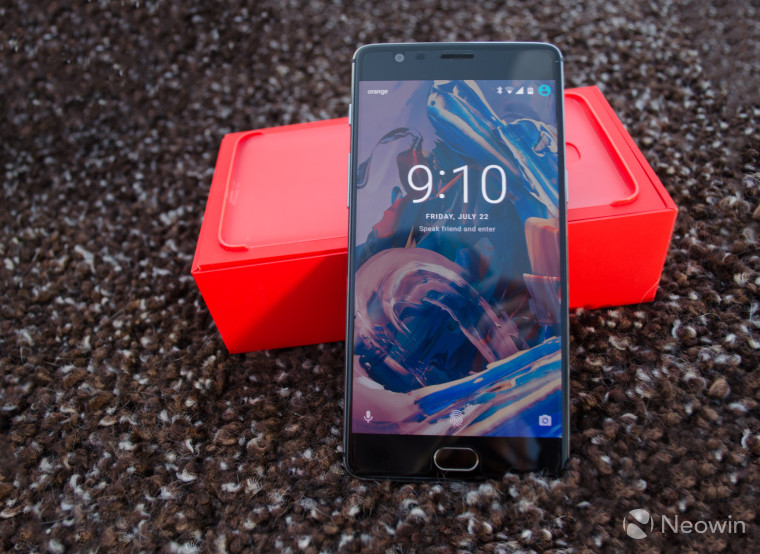 Late last year, the OnePlus 5T was initially the only handset from OnePlus that included Face Unlock as a means to unlock the device until the feature was recently brought to its predecessor, the 5, a couple of weeks ago in OxygenOS Beta 3. Now, it appears that Face Unlock will make an appearance on earlier devices of OnePlus lineage.

In an interview with OnePlus CEO Pete Lau and co-founder Carl Pei, it was mentioned that both the OnePlus 3 and 3T will also pick up the capability in beta form, with Pei remarking that "There's no reason to withhold featured we can easily implement". While the duo made no specific mention of when Face Unlock would be expected to appear on these smartphones, if the timeframe for the beta deployment for the OnePlus 5 provides some meaningful indication, then it could appear in as little as a week's time.

Of course, anything could happen between now and a prospective release, so it may be best not to hold your breath. In Timi Cantisano's recent coverage of the 5T, he found Face Unlock to be extremely quick but also cited some initial hesitation from OnePlus in terms of divulging how it actually worked. However, the company eventually provided an explanation on its forums courtesy of a deep dive focussing on the feature.

Lau also took the opportunity to confirm that the next OnePlus handset would be arriving in the second quarter of this year. With the OnePlus 5 having launched publicly on June 28th last year, it may provide a rough target date for those contemplating a smartphone upgrade.