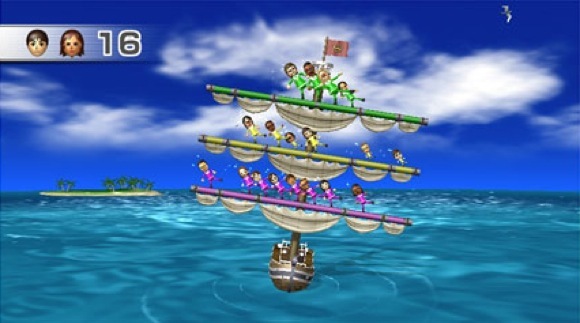 Nintendo announced in a recent financial report that this past fiscal year resulted in the company's first decline in the last six years. Down $.5 billion from the previous year's $2.95 billion, it was not a banner year. This year could be even worse with the company forecasting a continued decline in total profits to $2.13 billion.

With Wii sales starting to slip, Nintendo needs their next Wii Sports or Wii Fit to drive sales this coming holiday. Nintendo President, Satoru Iwata, revealed during an investment call that their next flagship title in the ‘Wii’ series will be called Wii Party. He says that it will be a streamlined take on the Mario party formula, and will allow players to use their ‘Mii’ avatars.

Iwata made note that this will be Nintendo’s first "marquee party game" since Mario Party 8 in 2007. Going into more detail, Iwata said, "The developers are spending significant time for this title so that they can include elements that are must-haves in a party game as well as making sure that adequate volume of game play are available. We are developing it with the intent that every Wii player will be able to find a game that can be enjoyed."