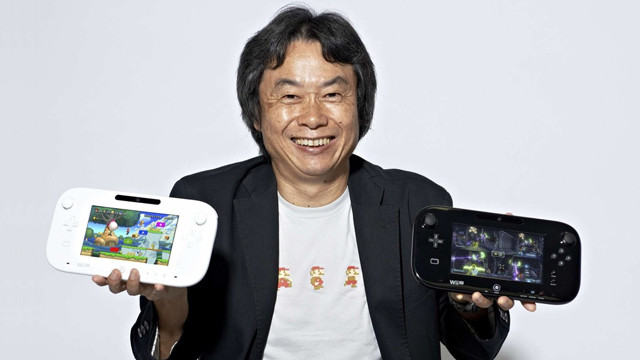 Since finally announcing its digital rights management requirements of its upcoming Xbox One console, Microsoft's faced a bevy of criticism from both gamers and gaming companies. Shigeru Miyamoto, an executive at Nintendo best known for creating Mario, has now thrown Nintendo's hat into the ring, saying the Japanese company doesn't believe in restrictive DRM.

Speaking to Eurogamer, Miyamoto said Nintendo believes gamers should have access to their games for as long as they desire, without restrictions. By comparison, Microsoft's Xbox One requires users to connect their consoles to the Internet once every 24 hours or games will be inaccessible. Additionally, Xbox One games can only be given away one time and can't be borrowed by another player. The console also restricts the sale of used games to approved third-party stores, though publishers have the final say if games can be traded in.

"What's really important is viewing Nintendo almost like a toy company, where we're making these things for people to play with," Miyamoto said. "As a consumer, you want to be able to keep those things for a long time and have those things from your youth that you can go back to and experience again."

Nintendo launched its Wii U gaming console late last year without DRM policies such as those found in the Xbox One. When Microsoft and Sony's new consoles are released later this year, the Xbox One will be the only of the three major consoles to feature significant DRM changes from the current generation of consoles.

Prior to the conference's start earlier this week, Microsoft proclaimed its E3 presence would be dominated by games, though the majority of the publicity the company's received has been negative reactions to its DRM policies. Sony took a shot at Microsoft by showing a tongue-in-cheek video when it announced the PlayStation 4 wouldn't feature restrictive DRM practices. Sony's announcement was met with a standing ovation from attendees of its press conference.