The example above shows full and pinned tab displaying the audio icon.

Google has added "noisy tabs" and malware detection into the beta channel of Chrome that was initially introduced into the Canary build just over a week ago. As shown above, now when you are listening to a radio station over the Internet, the tab will display an audio icon, and default to an audio icon when the tab is pinned.

Not only audio is supported, you can now visually scan your tabs to see which tabs are currently using your webcam or are being cast to your TV as well. 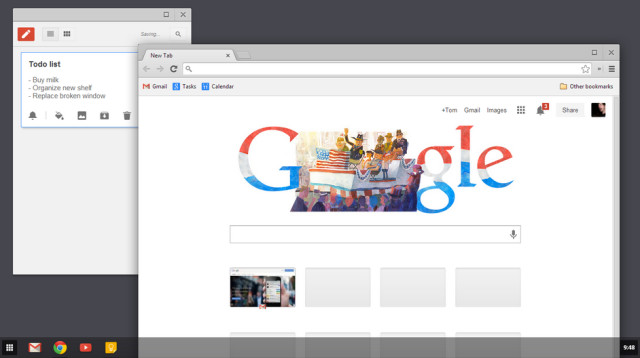 On Windows 8, you'll notice that Chrome looks different in “Metro” mode. An integrated app launcher has been added, making it possible to manage multiple Chrome windows and quickly get to your favorite Chrome Apps.

Finally, Google has also implemented malware detection in the browser to save unsuspecting users from potential fraud.

Google notes that users are often greeted with free screensavers, video plugins or fake security software which often trap casual surfers. Chrome will now warn users of such malicious downloads before it gets stored to the PC and does any real harm. The browser now also comes with a "reset browser settings" button since the last update to remove any toolbars or add-ons that might have been installed accidentally. Google is actively taking feedback from users and trying to introduce as many requested features as possible.

To find this go to Settings > Show Advanced Settings > then Scroll to bottom.

The company flags upto 10,000 websites using "Safe Browsing" per day, which has also been introduced into Canary, and the introduction of malware detection is another step towards a more secure surfing experience for users, which is a top priority for Google.