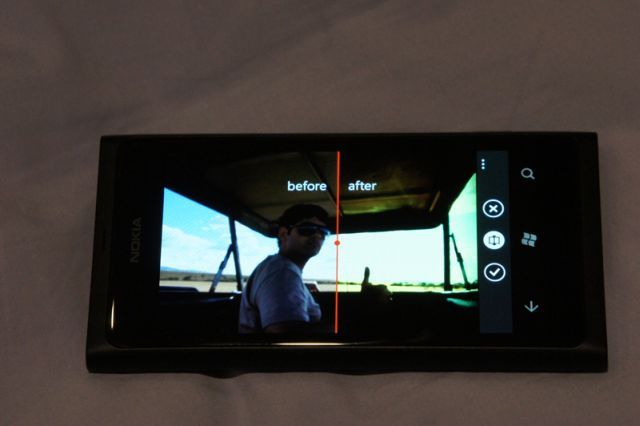 The software team at Nokia has released a new and free app especially (and at the moment exclusively) for owners of its Windows Phone-based Lumia devices. Techin5.com reports that the new app is called Creative Studio and is made for all of those Lumia smartphone users who like to mess around with their camera pictures.

Creative Studio allows for the use of special effects to be added to photos. One of the cooler aspects of the app is that you can actually see the changes that a particular effect will have on a picture before you make the decision to take the shot. The app even has a bar that can be placed in the middle of the shot. The "Before" shot can be seen on one side of the picture. The other side shows how the special effect will alter the picture when it is finally taken.

The app also has some "face warp" effects that can take some crazy funhouse mirror-like pictures of a person's head. Finally, Creative Studio allows Lumia owners to take panoramic photos by having the user take pictures of a scene. The app then stitches the images into one panoramic photo. There's no word yet if Creative Studio will be released for any other Windows Phone devices in the future.