With this week’s announcement at MWC of its latest Lumia devices – the entry-level 610 and the international version of its flagship 900 – Nokia now has four Windows Phone models in its range. They won’t be stopping there though.

As we reported a few weeks ago, a slide shown at Nokia World in October revealed that more form factors are on the way from the company, and a new report from Bestboyz.de from MWC suggests that one of the new devices in development has a forward-facing keyboard and a vertical touchscreen. 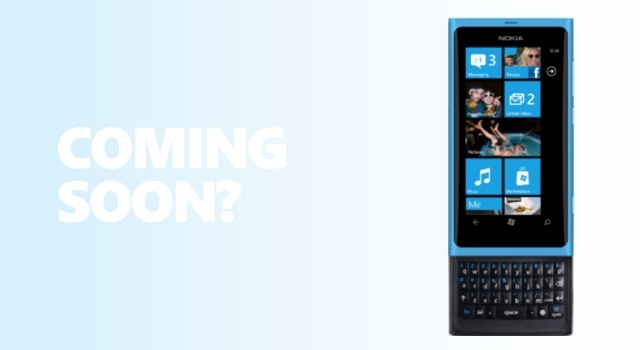 The device is said to resemble a Nokia E6 - but in practice, a vertically-oriented touchscreen would probably rule-out a fixed BlackBerry-style keyboard, as this would likely result in an exceptionally long handset. It’s perhaps more likely that the keyboard would slide out, similar to handsets such as Dell’s Venue Pro Windows Phone.

A landscape (or even square) display would be more suited to a device with a fixed keyboard, and it’s certainly possible that Nokia is developing Windows Phones with this layout too, similar to some of its current E-series handsets. In early February, Microsoft’s Joe Belfiore revealed in a video intended for hardware partners that the next major Windows Phone release, codenamed ‘Apollo’, would bring new form factors and four (unspecified) new display resolutions to the platform. Landscape and square displays may well form part of these plans.

Having launched numerous consumer-focused Lumia devices already, Nokia is said to be keen to introduce Windows Phones for business customers too. Windows Phone 8 is expected to introduce more business-friendly features, such as 128-bit BitLocker encryption and better remote management facilities, so it makes sense to launch a new enterprise device with the next version of the operating system.